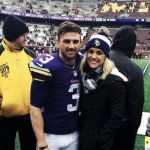 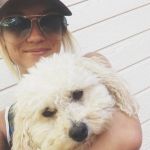 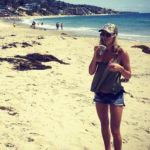 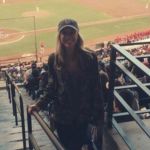 Blair Walsh’s girlfriend Sarah Chafee is a a TV news reporter in Alabama. The Twitter defense that she mounted for her husband’s field goal miss comes across as a bit empty. As a TV reporter, she would likely be precisely the person who would be nailing the local team kicker on TV for missing such a field goal. Sarah Chafee took to Twitter late Sunday night to defend her husband after he missed a 27 yard chip shot field goal to win the Vikings playoff game.

vikings were not in a position to win the game w/out @BlairWalsh3 keep in mind he scored evry pt today. also handled himself like class act

All that said, I would consider myself in the camp of a Blair Walsh apologist as well. What’s pretty amazing is how few people are here with me and his wife. Even Walsh’s own coach didn’t have his back, saying that he should have hit it. Considering that Walsh was literally the only Viking to score even a single point in the game, it’s hard to totally fault him. Maybe Vikings fans should consider faulting resident child-beater Adrian Peterson, whose fumble setup the go-ahead field goal by the other team in the first place.

First, he was kicking into some pretty bad winds during the third coldest NFL game in history. Second, and not enough is being made of this, the holder didn’t rotate the football – so Walsh was forced to kick with the laces in. While that definitely generates memories of Ace Ventura – it’s certainly a big deal, even on a short field goal. Just ask Dan Marino. One can only imagine how many Ace Ventura references there were on Twitter after it came out that the laces weren’t lined up properly.

Blair Walsh’s girlfriend is originally from California, where she attended Sonoma State University, but now resides in Alabama. She was brought to Alabama to join the WTVY News Team in September 2015. Sarah describes herself as having a “curious personality” and is borderline obsessed with her dog, Rooney. 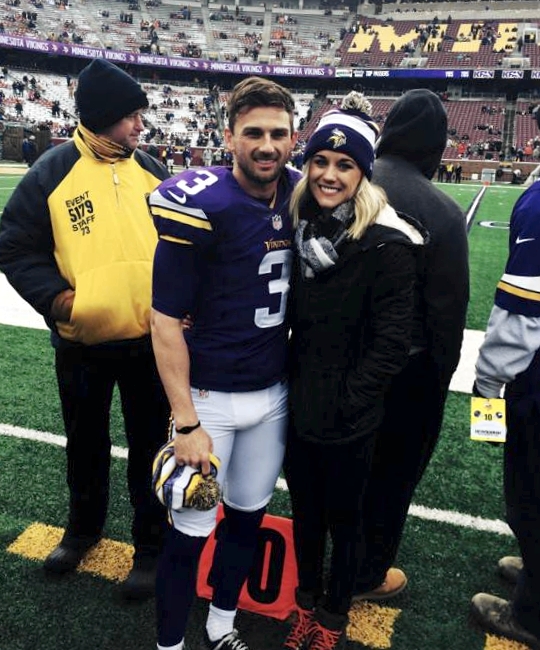