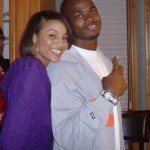 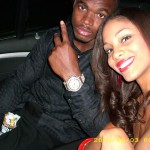 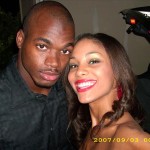 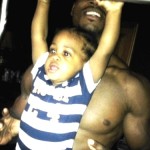 Adrian Peterson’s wife Ashley Peterson had a baby in September of 2015, and the only thing I’ve got to complain about is them doing the whole weird photography session where the guy takes off his shirt and the woman shows her bra and huge belly. That’s one thing I will always think is ultra weird. Crabby internet gossipers, how about starting a new self-righteous witch hunt against weird pregnancy photographs involving professional athletes and their wives and girlfriends? I might actually get on board for that one. No, but the actual point is to show off a level of intimacy and comfort between the man and the woman in the midst of a pregnancy– great. I just wish, you know, this wasn’t a thing.

Ashley’s second child is named Axyl, and he’s actually Adrian’s sixth child. Axyl is indeed a sweet name. I mean, you’ve got a lot working for you if you’re this kid. You’ve got amazing genes, you’ve got an off-the-charts cool name, and you’ve got a father who will discipline the hell out of you. Hey, what’s the world without humor, I ask?

Adrian Peterson’s wife spent this year having a good time with her son and her husband. They went to the rodeo dressed in plaid and cowboy hats. They went to Disney World and met Ariel, the littlest ginger-top mermaid. They were even greeted by a baby deer which somehow walked right up to their first son in their back yard. During last winter, both Adrian and Adrian Jr. got matching snowmobiles and went cruising around.

We should briefly mention that one of Adrian Peterson’s other sons from another woman was killed by a man named Joseph Patterson, who has since been convicted of second-degree murder of the child. Adrian had just found out the boy was his son a few months before the child’s death, which was caused by trauma to the head. The twist is that the defense was arguing vehemently that Patterson was trying to rescue the child from choking. Getting back to Adrian Peterson’s wife Ashley: I really like this lady. She’s got one of those movie-star sparks about her, and she’s always very charming and full of grace. 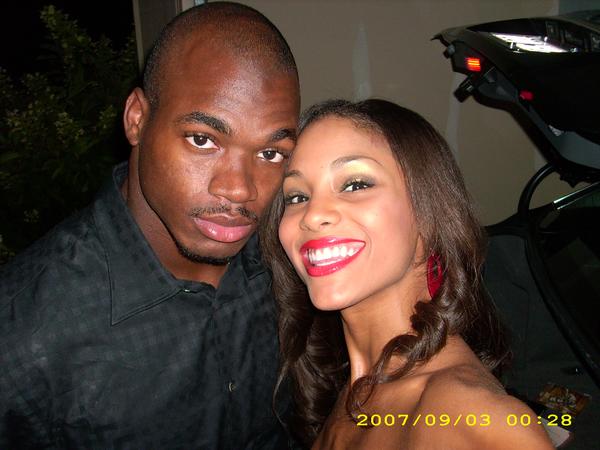