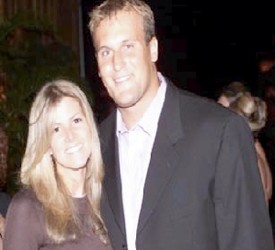 Rob Konrad’s wife Tammy Konrad is breathing plenty of sighs of relief now that big Rob is back from his perilous journey. As the media has been reporting on, it was a full 16 hour swim from his auto-piloted boat to the nearest land. Apparently he simply fell off the boat and had to start swimming in order to keep his body temperature up. There was no way to get back on his boat once he was off. What a bummer that must have been!

Konrad’s wife Tammy made the statement that he “had two angels on his back,” referring to their two daughters who are 8 and 10 years old. She accompanied him at the hospital once he finally arrived on land and paramedics were called. She was able to hear the story of what happened shortly after, and there’s no doubt that she’s amazed by the tale and thankful for the big fella’s return. Apparently Rob was bitten by a bunch of different things during the swim, and a shark of some kind circled him for a brief period. That’s got to be a terrifying feeling. Sharks do tend to swim a bit better than humans. I guess you’d have to block it out completely and say, “hey, if he gets me than fine, but I’ve got to keep going.” Then again, I have little experience in 27-mile ocean swims.

I wonder now if the Dolphins organization will send him a fruit basket or something. Rob Konrad’s wife Tammy Konrad has been busy working at different places after Rob’s career in the NFL ended around 2005. He’s now a financial advisor, and she’s worked at places like GNC and is now the manager for Compass Square Capital Management, which is in fact Rob’s company that was registered in January of 2014. I wonder if their new plan is to invest in life preserver technology? 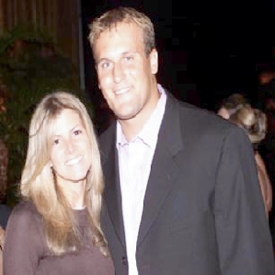