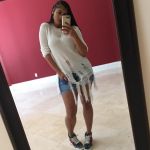 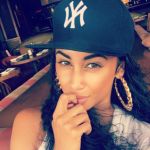 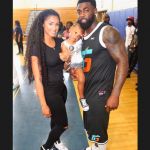 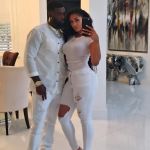 Reshad Jones’ girlfriend Darnell Nicole is a loving mother of their child, Carson. The young girl is indeed very cute. Darnell says her daughter “saved her,” which sounds like a huge exaggeration but gives you some idea of how into being a mom she is [Editor’s note: It ain’t an exaggeration. Kids can save you. Look at Me & BigRed]. Darnell calls herself a writer, first and foremost. She then refers to herself as an actor, creator, believer, lover, dreamer. I like that. Just once, though, I want someone to refer to themselves the opposite way. For example: destroyer, non-believer, hater, heavy sleeper.

Being the fiancee of a Miami Dolphins safety, Darnell enjoys all the extravagance of upper-class Miami living. She joked recently that “you know you’re a G when you try to stop a fight without putting your drink down and spilling a drop.” She’s got a good sense of humor. In mid October, Reshad Jones’ girlfriend traveled to Hvar Island, Croatia. I don’t know if this trip is related to the show she appears on (Miami WAGS), but she appeared to enjoy herself. Darnell undoubtedly loves the attention paid to her thanks to the television show she appears on. She posted a picture of the hair and makeup process before a shoot and said, “it takes an army.”

Earlier in 2016, Reshad and Darnell attended a Beyonce concert. Reshad took a phone call, and Darnell grabbed her phone to take a video of him answering it. She then yelled, “you can’t answer the phone at a Beyonce concert!” I agree strongly with Darnell. Beyond that, it is rude to answer your phone at any concert. I’d like to point out Reshad Jones’ girlfriend Darnell grew up with a mother who was the first black female police officer in her town. She talks about what a strong role model she was. She explains that her mother had a very difficult time at the Academy, but she refused to quit. It’s a cool bit of background information. 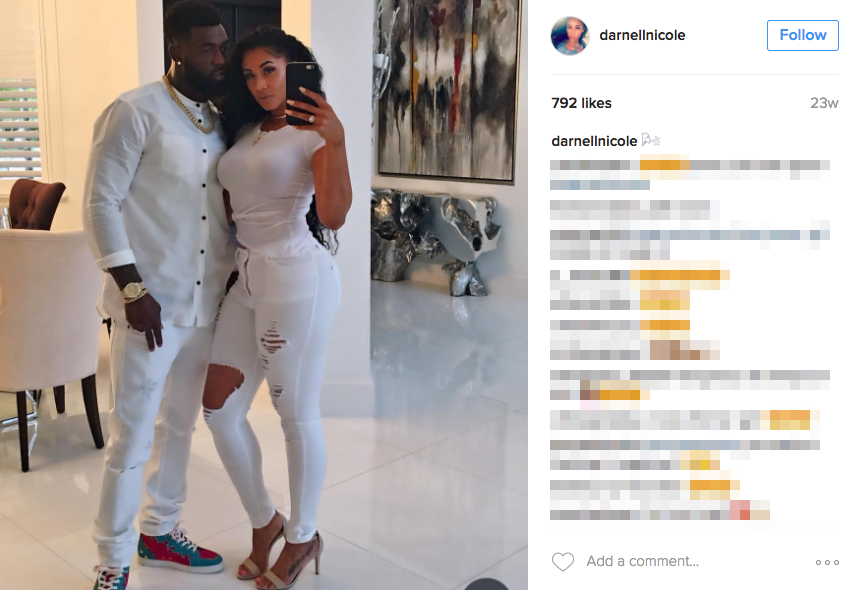