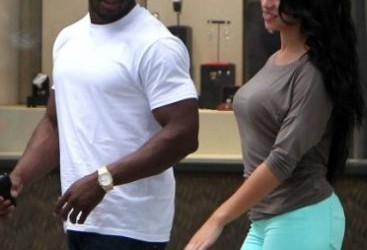 UPDATE 07.14.2014: Here’s the interesting thing about Reggie Bush’s wife Lilit Avagyan. The girl knows how to throw a party.

In a TMZ exclusive, the drunk food menu was revealed including late night Shrimp with cilantro and cotija, Potstickers, Roasted jumbo prawn with mini crab cake and lobster sauce and Mozzarella and crab crusted beef tenderloin. That’s one hell of a late night menu.

After the couple was married on the weekend of July 12, the worldwideweb went crazy with the news that Reggie Bush’s ex-girlfriend’s step-father, Bruce Jenner, attended the ceremonies. Kim Kardashian’s former father figure stepped in, and had to enjoy a non-paparazzi buzzing nuptials, that would appear to last a helluva lot longer than 72 days.

Congrats to Bush and Avagyan. We imagine this one has potential to last.

You gotta hand it to Reggie Bush. The guy clearly has a type, and he’s not stopping till he finally lands one permanently.

Reggie Bush’s girlfriend Lilit Avagyan appears to be yet another attempt to fill the very specific void left behind when things ended with Kim. Bush and Avagyan have been dating on and off for a little more than a year, and are now infact living together at Reggie’s South Beach home. Rumors recently started circulating that Avagyan was now pregnant with Reggie’s child, which he actually confirmed on the Miami radio show, Paul and Young Ron Morning Show. During his weekly radio segment, Bush confirmed that congratulations were in order than that he has, “a little one on the way.”
Bush went on to say, that this is, “an opportunity to bring in new life and raise a child and I think that’s the most special gift to a man and a woman. I look forward to it and to building a family.”

Avagyan was born in Armenia in 1987, and is an accomplished dancer. She has appeared on Dancing with the Stars, and was also crowned the 2008 US National Dance Champion. Unfortunately, it’s likely that Avagyan is about to be as famous for the fact that she’s rumored to have upset Kardashian as she is for her dancing prowess or the fact that she’s 3 months pregnant with Bush’s child. Radar Online has sources which state, “Kim is very upset that there are reports out there Reggie has gotten Lilit pregnant. She feels it is a slap in the face that Reggie would consider having a baby with this woman when he wouldn’t with her.”

Good luck to Reggie and Lilit. Unfortunately, we’re actually wishing them luck with dealing with Kardashian, and not just for the new kid. I have a feeling that her tantrums have the potential to be a lot more explosive than any newborn is capable of. 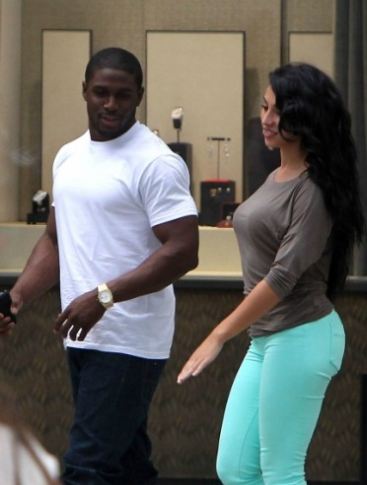