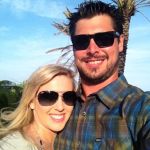 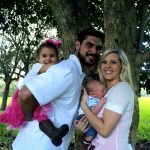 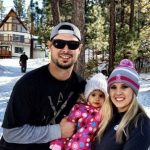 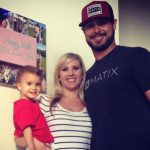 Add Matt Moore’s wife Tara Moore to the ever-growing high school sweetheart contingent. Ten years ago, they decided to marry each other. They accomplished that a year later, and then four years later Tara gave birth to the first of three children. Matt and Tara are not what you would call active social media users, by any stretch. Matt last used social media in June of 2013. However, Tara still uses it, and she posts pictures of the fam. I should note that she last used social media in May of 2016, though.

When they have free time, Matt Moore’s wife enjoys a good ride on off-road vehicles. Tara posted a picture of the kids on a four-wheeler. It appears the Moores invested in a sport drink company a few years ago too. Before Matt ditched social media, he posted a bunch of ads for the company. You probably still call them “ads” even when you have a stake in them, right? Anyway, Tara participates in fishing tournaments with matt when she can. With three kids now, she is basically busy all the time with them.

Both Tara and Matt seem to visit Oregon on a fairly regular basis. At least, they did a few years back. I don’t know specifically about now. Their schedule may have changed, but they visited a particular pizza joint in Portland on a semi-regular basis there. I’m fairly certain Matt Moore’s wife attended Oregon State with him since they are basically inseparable since high school. The majority of posts from Tara include wholesome family photos of various low-key outings with the kids. Tara just welcomed a new child into the world on December 12. They induced his birth after a long bun-baking session. So now the Moore clan has three children. Matt provides the bacon and Tara provides the support.