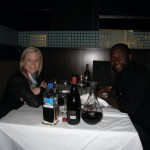 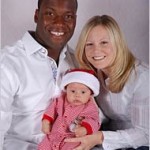 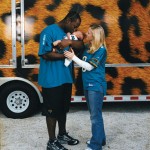 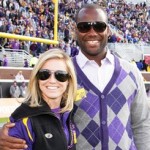 David Garrard met his wife Mary met while attending East Carolina University together. David proposed before a pre-season game in 2002 which was broadcast on the jumbo-tron to the entire stadium. The couple was married in February, 2004. After trying for two years to get pregnant, the couple unexpectedly conceived their first child in 2006 in the offseason following a terrible end to the season for the Jags as a team and David personally. After slipping into a rut after the season, David acknowledged the news changed everything:
“That right then took my mind off things,” he said. “It gave me a new perspective. I thought, I’ve got to pull my head out of the dumps now. I think that was a step in my renaissance.”

David Garrard’s wife Mary has some football wits to her.
Mary, who has been watching David play since college had some ideas to improve the Jaguars offense. In 2010, at a birthday party for Garrard’s son, David thought it was the perfect opportunity for Mary to present her ideas to the coaches. In an article with the Florida Times Union, David said:

“I said, ‘Here’s a great time to tell the coaches what you’ve been trying to tell me.’ … They know how she is and the competitor she is. It was more joking than anything. She knows I like to move around and run around a little bit more. She was just saying we’ve got to see that some more and see you running around a little bit. Not that she was coaching up our coaches or anything.” 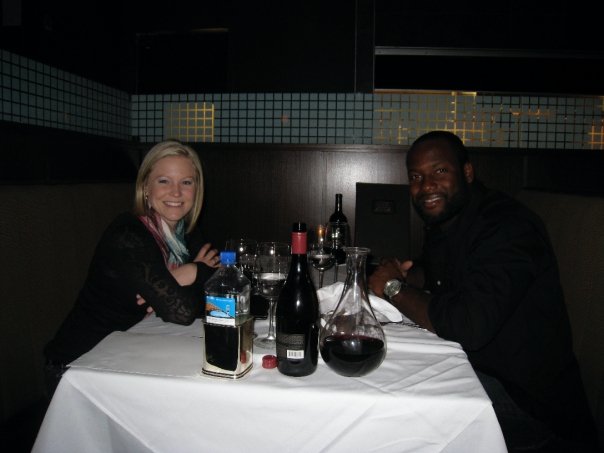