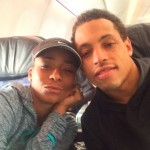 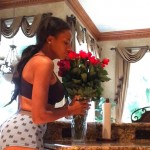 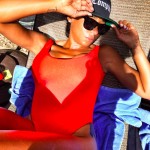 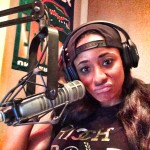 Brent Grimes wife Mike Grimes has something to say.

And despite the 140 character constraints of Twitter, she had no issue spreading it out over a few… hundred tweets. Her husband, Brent was definitely in contention for Pro Bowl MVP, and she had some thoughts about why he didn’t get the award. Now normally, we’d spend a few words in our post dedicated to talking more about who Brent Grimes’ wife Miko is, but this is a special situation. Miko has asked for the floor, so we’re ceding the mic. Sit back and enjoy.

“For those of u that dont know, i had emergency oral surgery on Thursday. My husband was concerned for me, so he asked coach Garrett if he could miss practice to be there for me bcuz i was stressed and in a lot of pain. Coach Garrett and and NFL exec excused him from practice to be there for me. Well… Apparently, the right hand of the @nfl didnt tell the left hand he wouldnt be there that day, so they yanked his paid appearances & are not happy with him. What kind of message does that send to the players? Do they think they are above family? WTF was he supposed to do? Stay at a PRO BOWL practice while his wife is in pain that equates child birth? Was him missing a fan autograph session worthy of shitting on him @nfl? Havent u guys shit on him enough? Him missing practice made u guys take the MVP from him?”

“The nfl is the SHITTIEST, SHADIEST, DISRESPECTFUL professional sport in the WORLD!!! & as long as i breathe air, i will talk shit about em! Why the hell cant u guys cut him a fucking BREAK? @nfl do u see how hard he plays? Do u see the dedication? The toughness? U bitches blind? There is NO REASON ALL ALL why Brent Grimes shouldnt have been MVP of the defense!!! NONE!!!! Do u hear me?????? U have these BULLSHIT ass NOMORE campaigns going on about domestic violence and sexual assault when we all know u dont GAF about women! I have friends that were beaten, thrown down stairs WHILE PREGNANT, guys arrested, & @nfl suspended them 1 FUCKING GAME! Now yall care? FOH. They asked helped it stay quiet bcuz its none of their business until Ray Rice clocked his now wife on camera. Then all of a sudden NOMORE?”

The @nfl only gives a fuck about themselves! They dont care about these players and their families. Dont let these assholes fool u! Im contemplating naming SEVERAL players that the @nfl violated the concussion rules with players but that would take down ppl i care about. But dont believe for a SECOND they care about these players injuries. Its all bullshit!! They care about MONEY!!! Thats why i tell every player i talk to GET YO BREAD DOG!!! Fuck all that other shit!!! Get paid!!! There is NO LOYALTY in this business outside of fans. If the @nfl cares about players, why are there TNF games? Have u guys ever thought about that shit? They ask these guys to play a game on Sunday, then turn around and play again on Thursday! Know why? $$$.”

Hey @nfl when u ask them to play on thursday night, ur asking them to have 2 car crashes in one week. Why do u do that if u care about them? Do u know how difficult it is to line up the best athletes in the world twice a week for a head on collision? Once a week isnt enough? @nfl. Do u know how incredibly STUPID it is to have a month long training camp full of 2 & 3 a days, including 4 pre-season games each week? @nfl. Do u know most injuries early in the season are bcuz training camp is TOO FUCKING MUCH ON THE BODY, U IDIOTS? @nfl But yall care huh? GTFOH!. All yall care about is MONEY!!! @nfl.”

People think players get a percentage of their jersey sales HA!! Not a fucking penny!!!! @nfl gets all of the $$$!Greedy sons a bitches!! @nfl I feel sorry for all the guys that play this sport. Fans get upset at players for holding out. Why????? Why do yall care? They make BILLIONS. Brent signed a 4yr 32M contract with 16M guaranteed. U better beleve he wont see that other 16M! They can opt out after the guaranteed. See how @nfl set that shit up? But if u wanna leave after ur deal is up, they can tag u, TWICE!!! To make u stay! That shit is comedy! Then if u hold out, they fine u $30k a day n shit!!!’ Fucking ridiculous! Yall better PRAY i dont get a real voice in these streets or im airing this whole league out! @nfl i know where the bodies are buried! TRUST. Keep fuking my husband over and im gonna put a map out to the world and expose this league for what it truly is! @nfl #TryItBitch” 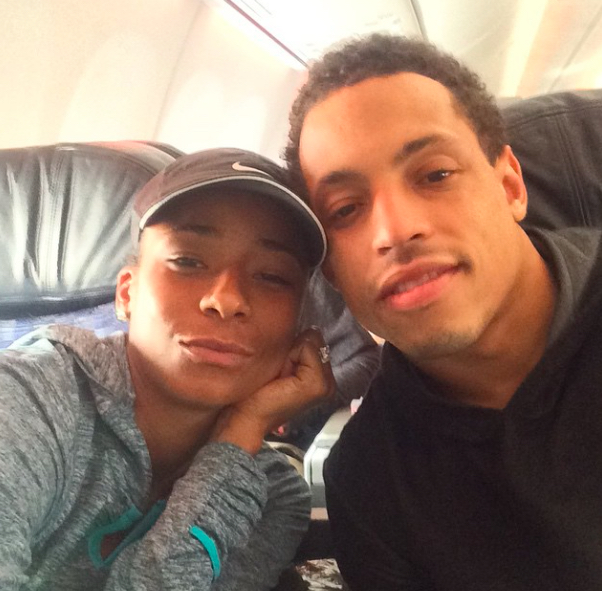