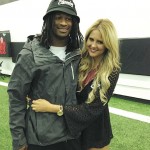 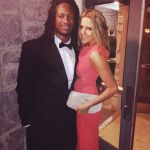 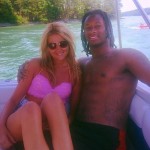 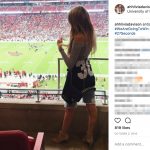 Todd Gurley’s girlfriend Olivia Davison has been in the picture since his days at Georgia. Since college, he’s grown into one of the premier backs in the league. And Olivia has spent her time to develop her own business.  Unfortunately, in that time, there may have been some trouble in paradise.  More on that in a minute

Liv Lively is an online clothing and accessory story, owned and operated by Todd Gurley’s girlfriend. Business sure appears to be booming with a very professional, sleek and modern looking sight. Sitting here in my shorts and a hoodie, I can’t exactly call myself fashionable. But, Liv Lively definitely appears to be fashionable and for fashionable people. Essentially for people cooler than bloggers.

We’ve known about Todd Gurley’s girlfriend since his 2014 Heisman campaign. But here’s where things get a little dicey. I’m not entirely sure we can still call her Todd Gurley’s girlfriend. Neither of their social media accounts have posted about the other in some time. Olivia attended a game last year, decked out in coverage supporting the Rams stud back. And, in fairness, Todd’s Instagram is very closely managed. The only real personal stuff, is pictures of his niece who Todd appears to absolutely adore. Two young professionals advancing in their own career may not have time to date. Or, maybe they do their own thang.  Who knows.  No need to post it on the ‘gram.

Back to happier times, were some not so happy times.  Todd Gurley’s girlfriend (at that time) had to watch him get busted by the NCAA for something really tame. He allegedly took more than $3,000 for autographs and memorabilia.   Oooooh,…. throw the book at the broke college kid.  Look, I know it’s against the rules, but this is seriously worth a suspension? Originally they threatened to suspend him all season long, and then they took it down to four games.  So his luck is so bad that the second he comes back, he tears his ACL and he really is out for the season.

Look, things clearly bounced back.  And, if they are or aren’t together anymore is immaterial.  They are both killing it.  Good luck to both going forward. 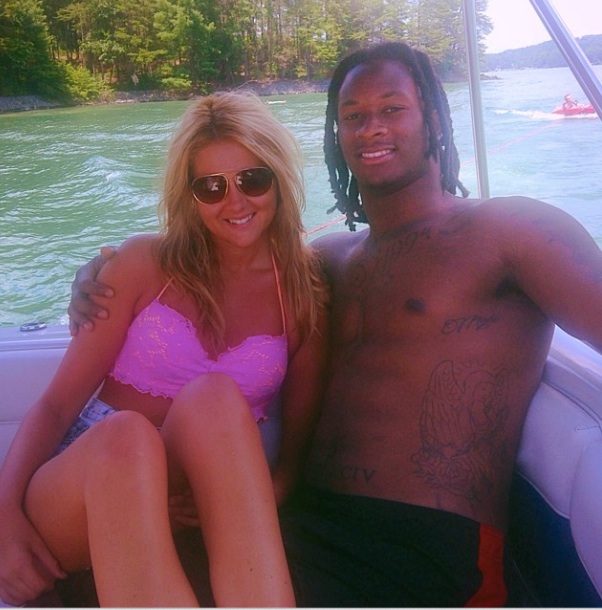