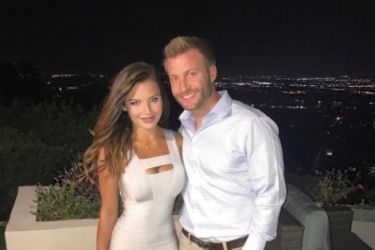 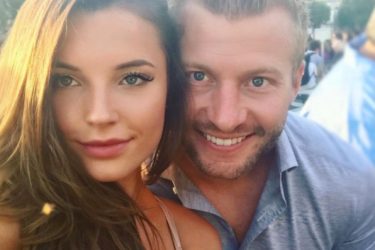 Sean McVay’s girlfriend Veronika Khomyn lives in Los Angeles with Sean. Sean became the youngest head coach in the history of the NFL in 2017. The Rams organization hired him at the age of 30. Since Sean is young, so is his girlfriend. Since California suffered from rampant wildfires in 2017, Veronika posted a plea to help animals with buckets of water. According to Veronika, the Los Angeles Fire Department asked Sean and Veronika to evacuate their home. She said it felt heartbreaking not knowing what tomorrow can bring since it’s in nature’s hands now.

Veronika also maintains a separate social media account exclusively for her dog. She named the dog Fawn, and she is a Pitbull. The dog was born in June 2, according to Veronika. She sent her away for two weeks to a dog disciplining school. In early July, Sean and Veronika traveled briefly to Paris. Following their stop in France, they traveled to Ibiza, Spain. They also stopped off at Barcelona toward the end of July. Since the trip preceded training camp, Sean McVay’s girlfriend announced Sean was her “rock” and said she would miss him when camp began.

A month before their trip to Europe, Sports Illustrated released an article and video about Sean and his life. Sean McVay’s girlfriend also appeared in the article. The video detailed Sean’s daily routine. For example, Sean appeared in his car at 4AM to drive to his office at the stadium. The article also mentions that Veronika moved to Los Angeles from Virginia. Originally, Veronika comes from Ukraine. According to a post by Earn The Necklace, Veronika also attended George Mason University, which is located in Virginia. In January of 2015, Veronika traveled to Grand Cayman for vacation. Then in March she traveled to the Caribbean again- this time to St. Thomas.

The same house Sean McVay’s girlfriend mentioned when she described their evacuation appeared in an article by ESPN in March of 2017. Sean purchased the house for $2.71 million. According to the article, its location is 30 miles southeast of the Rams facility and sits in Encino. The house is 4660 square feet with six bedrooms. Since McVay’s mother is an interior designer, he explained she would furnish and decorate the house before he moved in. Shots from inside the house came in the SI article, and the writer said Veronika returned from the gym. According to the article, she felt unsure about being photographed after working out! 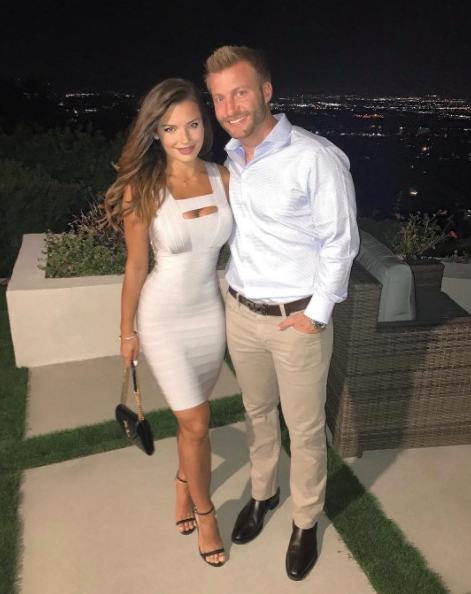