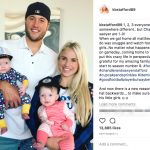 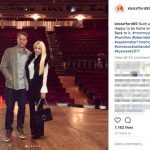 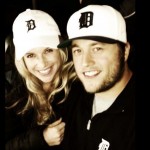 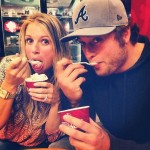 Keep the Stafford family in your thoughts.  Best of luck, Matthew, Kelly, Chandler, Sawyer and Hunter.

But, folks, as my personal hero Razor Ramon prostheletizes:

Damn right, Razor.  And Matthew Stafford’s wife Kelly is a bad guy in the best possible way.  After a horrible announcement in 2019, 2020 is already proving a better year.

Matthew Stafford’s wife is expecting the couple’s fourth baby.  Thankfully things are looking up medically and they’re ready to take on that parenthood challenge all over again.  #staffordpartyof6 is a party worth celebrating.  Congratulations to the Staffords!

Matthew Stafford’s wife Kelly Stafford is the mother of their twins, Chandler and Sawyer. Back in July of 2017, USA Today called the twins “Instagram stars”. People love them. Kelly frequently posts pictures of the twins, and their third child on her social media. In one picture, Kelly posed with four generations. The picture included the twins, Kelly, Kelly’s mother, and also Kelly’s grandmother. The twins arrived on May 28, 2017, and the third, Hunter, was born in August, 2018.   Kelly waited a month to post a picture of the tops of their heads. At the time, she also mentioned how excited her and Matthew were to watch them grow.

When did Matthew Stafford’s wife enter the picture?

Matthew Stafford’s wife attended college, this much is for sure. However, the facts about her alma mater now appear unclear. Originally, Wikipedia listed Kelly (nee Hall) as a graduate of the University of Georgia. This makes sense since Matthew also attended that fine institution. But in March of 2017, she posted a picture of herself in a Wesleyan jersey, playing for the team. Since this is hard evidence of her involvement with the team and college, did she transfer at some point? She said she was “proud to be a part of that basketball powerhouse” when she spoke of the college and coach Azar.

So Matthew Stafford’s wife claims an athletic background. Kelly also spoke extremely highly of her husband right before she gave birth. She said he is a great example of what their daughters should expect of future significant others. In line with her profile motto of “family over everything,” this observation stands out. USA Today Sports again briefly mentioned Kelly Stafford after she posted about standing during the national anthem. Originally, Kelly encouraged players to stand during the anthem. Then, following a backlash which she herself expected, she said some commenters “opened her eyes.” She urged discussion. Kelly also said discussion inspires change.

In August of 2017, Matthew Stafford’s wife posted a video of the twins again. This time, the video signified contentment and satisfaction over Matthew’s contract extension. The extension represented six more years in Detroit. What was the dollar amount attached? $135 million. Ajc.com reposted the video. It should also be noted Kelly mentioned the Detroit Lions owner in August. Why did she mention Martha Ford? Because Martha Ford donated $1 million for Hurricane Harvey relief. Of course, Kelly then called her inspiring. She tagged the post “people helping people”. Lastly, Matt and Kelly went on their tenth annual 4th of July boat ride this year. According to Kelly, her tooth got knocked out! 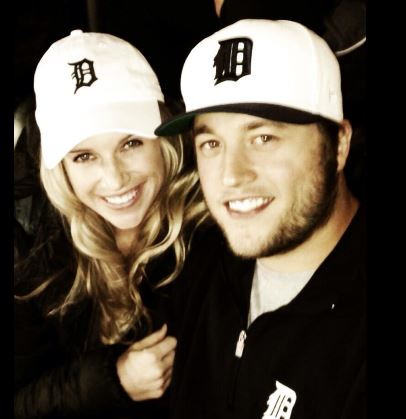