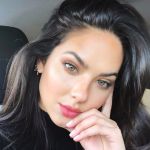 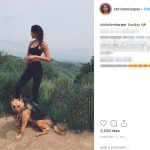 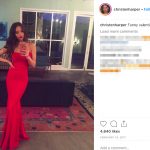 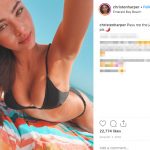 We knew it would happen sooner or later.  Jared Goff’s girlfriend was going to reveal herself.  And boy, oh boy, are we not disappointed.

SportsGossip had this one first in an exclusive scoop on their end.  Christen Harper is a swimsuit model, who Goff has tried desperately to keep out of the spotlight.  Understandable.  But, I mean, he’s the face of football in Los Angeles.  You knew he was going to get some run with the ladies on scene.  So, what do we know about their relationship?  Well, most of it is directly from the SportsGossip tipsters.

Our source tells us:

Jared is hiding her from everyone except some friends. She was at the game last weekend but sat with the Whitworth clan and not his family and friends from home.

They were later sent a picture of Goff and Harper together at what looks like a Halloween party.  They also connected the dots finding a picture of Harper at the Rams Divisional playoff game against the Cowboys. Beyond that, they’ve done a miraculous job keeping it quiet.  A Wilhelmina swimsuit model, and the Los Angeles Rams young, good looking, blonde QB kept their relationship completely off the books?  IN 2018?  Incredible.

Ok, so we’ve definitely hammered the over on the amount of times we’d mention that she’s a swimsuit model.  But it’s worth noting nonetheless.  She grew up outside Los Angeles, which makes her rooting interest in the Rams clear.  She’s tried her hand in a couple of movies, though nothing really leaps off her IMDB page.  In 2017, she was featured in Maxim, where she dished on some of her thoughts about romance.

How can a man catch your attention?
A smile definitely catches my attention, but a funny joke will make me stay a while.

What’s the worst pick-up line you’ve ever heard?
There are so many, just scroll through my DMs. In person I always feel like it’s strange when guys use “What are you?” in reference to my ethnicity as their pick-up line.

So rude. How do you let a man know you’re interested?
I think I have a tendency to laugh a little more at stupid jokes when I like someone. But I think aside from that, I don’t give much away.

What’s your ideal date?
I’m a walking cliché, but I love nothing more than a nice meal and a movie.

What about a man turns you on the most?
Confidence and sense of humor.

So there you go guys.  If Jared Goff loses the Super Bowl, and loses his confidence, smile, and sense of humor, she just wrote the blueprint to dating Christen Harper! 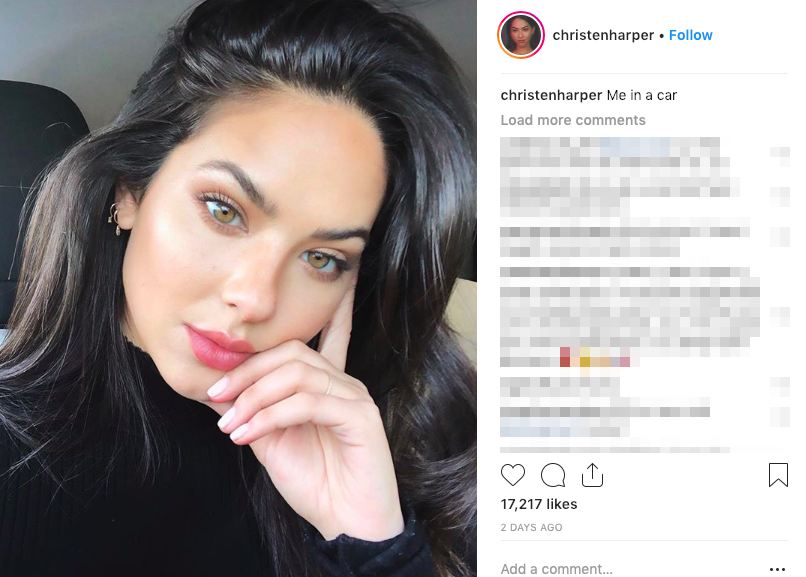