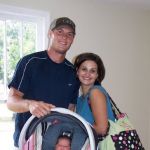 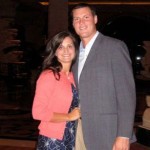 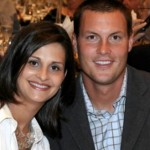 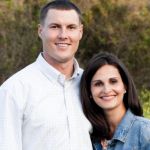 Philip Rivers’ wife Tiffany Rivers started to date Phil in Junior High School. According to Phil, they stayed chaste until marriage. Does it sound impossible? Perhaps. But not for them! These two are like saints. When Philip met Tiffany in junior high, he told her she was the one he was going to marry. That information came from Philip’s mother, by the way. They originally both grew up in Decatur, Alabama. Philip moved to Athens, Georgia, but the couple stayed strong and continued to date. On May 18, 2001, they married at the ages of eighteen and nineteen.

First a young bride,…. and then Phillip Rivers’ wife became a mom young too

The couple’s first child, a girl named Halle, arrived in 2002. She is now a teenager.  And normally, a teenager isn’t a big deal.  Inherently it’s not here, either.  But, where this gets weird is that before the 2004 draft most people can remember video packages talking about his infant daughter.  And that infant is now 16.  Man, time flies.

All in all, the Rivers family consists of eight children. Philip only missed the birth of one child, according to Daily Mail. Tiffany went into labor and Philip’s plan consisted of Facetime, by his own telling. On the internet, the Chargers fans online felt it was a great decision, of course. Before the marriage, Tiffany actually converted to Catholicism one day before. The couple and, by extension, the entire family, is extremely dedicated to their faith. In fact, Philip Rivers’ wife never misses Mass, and neither does Philip (even on game day). He won’t play without receiving the Eucharist.

Philip Rivers’ wife also helped him create a foundation called Rivers of Hope in 2010. The foundation aims to find families for orphans up to the age of twelve. Their philosophy is that if they can get one family together with one child forever, it’s worth it. That’s a beautiful thing. According to CLM Magazine, Rivers of Hope pledged over 1,000,000 dollars to various other causes that involve adoption. This couple is very committed to helping kids out.  Additionally, they organize a fun run every year to raise money for their foundation. Who doesn’t enjoy a nice walk or run to help kids?

That family life is key importance to Rivers.  When the Chargers moved from San Diego to Los Angeles, Philip and Tiffany couldn’t find an Orange County school system they agreed on.  In order to keep the family home and happy, Philip invested $200,000 in a decked out SUV.  Rivers installed a 40″ TV, wifi, and a cooler to be able to turn his commute into an opportunity to study game film.  He also hired a driver to bring he and longtime backup Kellen Clemens back and forth to San Diego area allowing them to sit in the back and put in their film work.  Rivers says he’s still home for 6 or 7pm every night, the same as when he was playing in San Diego.  Man, the things we do for our families! 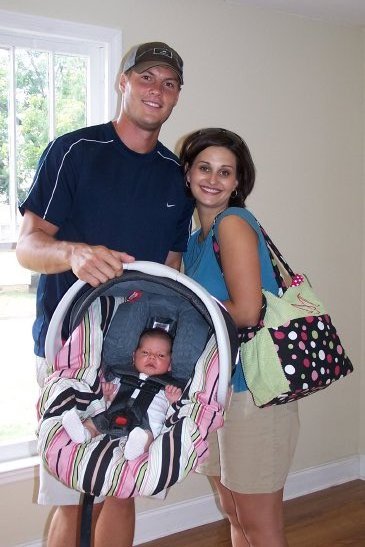