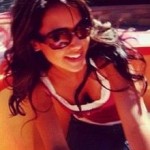 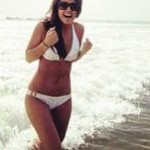 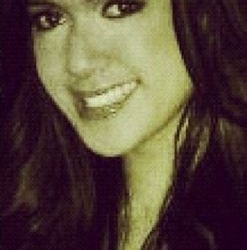 UPDATE: 01/16/2013: Manti Teo’s girlfriend Lennay Kekua – HOAX
The headlines have been unavoidable over the past couple hours in the wake of Deadspin’s incredible post detailing the facts, myths, questions, and lies surrounding the relationship of Manti Te’o and girlfriend Lennay Kekua. We’re not going to step on Deadspin’s toes with all the details, because they earned this story, your click, and for that matter a click on one of their ads. They seriously earned it from all of us.

Through Deadspin’s efforts, they were able to ultimately conclude that Lennay Kekua did not exist. In their expose, Deadspin unraveled the story by determining a myriad of parties involved in the deception. Among the individuals highlighted was a woman named Uilani Rae Kekua, whose online presence has mysteriously disappeared in recent days. PlayerWives.com had our own run in with the individual posing as Uilani Rae Kekua after receiving the following emails in rapid fire succession in the late hours of December 6, 2012:
11:02 PM, EST:
Please, on behalf of our family… Take down the page of our sister Lennay Lekua*. We ask that you please respect our privacy as we still mourn the loss of our sister. We trust that you understand. Thank you & God bless! If you have any further concerns or questions please e-mail @ uilanirae@yahoo.com
*Our first sign that this may not be legit came at the misspelling of her own last name. Our eyebrows continued to raise at the email received minutes later:
11:17 PM, EST
Please take this page about Lennay down. Our family has already requested for the media to please respect our privacy and the memory of our Lennay. Please remove this page ASAP, thank you. -Kekua Family

Urgent requests to handle changes have come to us in the past, but rarely increasingly agitated emails within 20 minutes of the prior. Minutes later, we received a third email from her, which was an exact copy and paste version of the first email noted above. Our site requires a contact form to be filled out as well as a simple math problem to verify that you are a human being and not a spambot. The individual posing as Uilani had to enter the system three times, and fill out the form to submit these contact forms. It’s very possible that the heat from Deadspin was getting strong, or the idea that the story of Lennay Kekua was about to get even bigger during the Heisman campaign and the perpetrators behind the hoax got scared.

At the time of the emails this post was one of the first results on all search engines for the term “Lennay Kekua,” which was the term this individual searched to arrive at our site. The emails in question came to us from an AT&T wireless device in Los Angeles, though further efforts to verify the emails have come up short, and no further information could be obtained.

More information will become available as this insane story continues to build.

For our frequent readers many of you know we try and introduce you to the wives and girlfriend’s of athletes with as much of a humorous flair as possible. We don’t take ourselves too seriously at this site but sometimes the situation dictates a more serious tone be taken; and when talking about the Manti Te’o’s girlfriend Lennay Kekua and his grandmother, Annette Santiago, the tone is as respectful and serious as we can get.

For those not familiar with Manti Te’o, get familiar with him. Te’o is the stud, and I mean STUD, linebacker for Notre Dame who has vaulted himself into Heisman discussions. The Hawaiian native picked Notre Dame over about thirty other schools with one of the key factors being Charlie Weiss, the head coach at the time. Weiss agreed that Manti could take time off from school and the Fighting Irish program to fulfill a Mormon mission if Manti so chose. With Manti leading the team and Notre Dame currently sniffing around a national title (the first time this has happened in who knows how many years). It’s very rare that a defensive player gets mentioned as a legit Heisman candidate, I can think of Ndamukong Suh, Tyrann Mathieu and Charlie Woodson as three, but Manti is deep in the discussions this year.

What makes Manti’s year even more impressive is the personal turmoil he has had to deal with. On September 11th Manti received the news that his grandmother, Annette Santiago, had passed away. 6 hours later Manti’s girlfriend, Lennay Kekua lost her battle with Leukemia. Yet through all of this, Manti did not miss a practice or a game. Now some might hear that and think that Manti put football ahead of his personal life, but in this case, those people would be wrong.

As Lennay started to lose her battle with Leukemia she asked for two things from Manti. One she wanted white roses when she passed away, and two, Manti could not miss anything football related. The way to honor Lennay’s life would be for Manti to play on. And play on he did, turning in two games that thrust ND into the national championship picture but also Manti into the Heisman race.

And it should go as no surprise to anyone that Lennay had flowers at her funeral; white roses.

As more details of this story are revealed, we will note that the pictures above were found across various social media sites established and linked to either Lennay Kekua, or as memorials to Lennay Kekua. 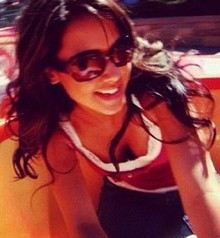