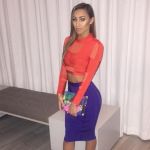 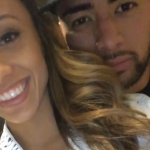 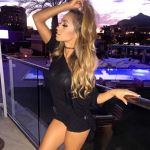 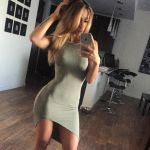 Manti Teo’s girlfriend Jovi Nicole is wondering if she wants to be known as “the real one” by a bunch of presumptuous football fans. That happens when you’re dating a guy who made up a chick. That story is so dead now there’s really no point in talking about it. The internet knows next to nothing about her other than she’s been with him for a few months in some capacity. The few commenters and voices from the peanut gallery don’t have much of anything other than snide assumptions. Come on now- you can’t know what’s in her heart.

Because of the lack of information and narrative other than ground that’s already been tread upon, the story turns into which website found her first. Guess what- nobody cares who found her first (well, unless we found someone first – then we care – a lot). What I can tell you about Manti Te’o’s girlfriend is that she loves working out. She’s got a six-pack and some cool tattoos. She sports a belly-button stud. She loves to show off her visually stunning and surgically enhanced body, and she wears awesome, skimpy lingerie in a bunch of her Instagram pictures. Don’t get all snippy, people- she looks good and likes to show herself off to those willing to ask to follow her on the ‘Gram and whom she deems worthy.

For Manti Te’o’s girlfriend, the playbook is as follows: look sexy and post sexy pictures, only allow people follow you that you want to have follow you, date high-profile athletes. My only question is why make your profile private if you’re becoming an Instagram model? I guess the answer is she doesn’t feel the need to market herself to everyone on Instagram. After a certain point, if you don’t feel it’s necessary to post pictures for the general creepy public (such as playerwives gossipers) than you don’t do it. I myself am a fan of her pictures. She’s got some of the nicest skin I’ve seen in a minute. I’d comment on her personality, but I’ve not read one word posted by her because of her smartly staying private. 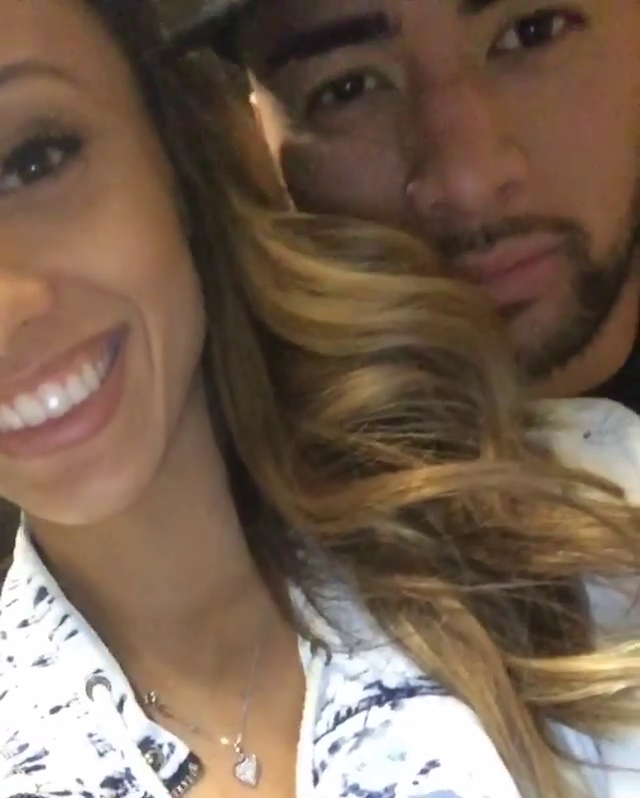