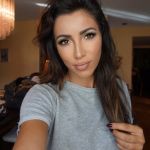 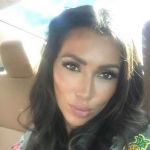 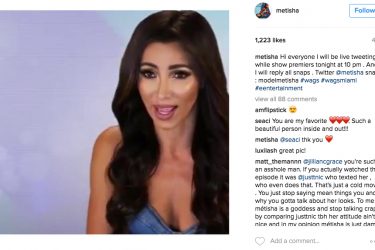 Larry English’s girlfriend Metisha Schaefer is actually Larry English’s Ex-Girlfriend. She looks exactly like Kim Kardashian, but she also speaks five languages. I wonder if she dumped him because she was tired of folding his underwear. Back in 2014, we told you about Larry’s other ex-girlfriend Nicole Williams. She used to fold his underwear. Anyhow, there is no folding underwear! Metisha is a cast member on WAGS Miami. Folding underwear makes for boring TV content.

Metisha’s message to fans is “never ever give up, and if you have a dream you have to know there are ups and downs.” Before she gears up for WAGS Miami, she repeats this message to herself. I watched a brief snippet of an interview with her and a reporter named Siham Bengoua. They were very nice to each other but managed say nothing substantive. Larry English’s ex-girlfriend used it as an opportunity to plug her current projects. Since she maintains strong ties to Germany, she travels to the Rhineland to do movie work. Recently, she worked on a horror movie there. She is originally from Cologne, Germany. The name of the horror movie is “Blood Feast.” Good luck finding it!

It appears she wrote her own biography on imdb.com. It says “Since her move to the US, her career has grown powerful.” Hmm, I’ve never heard of a “powerful” career. I wonder if her grasp of the English language is growing powerful? I kid, of course, because who would expect her to speak and write perfectly when she has five languages to manage? She obviously is a hard-working person who enjoys being in the spotlight. Larry English’s ex-girlfriend recently traveled to Paris. She expressed her love for the city in a number of social media posts. Additionally, she believes in astrology and is thus vulnerable to selective memory bias and superstition. 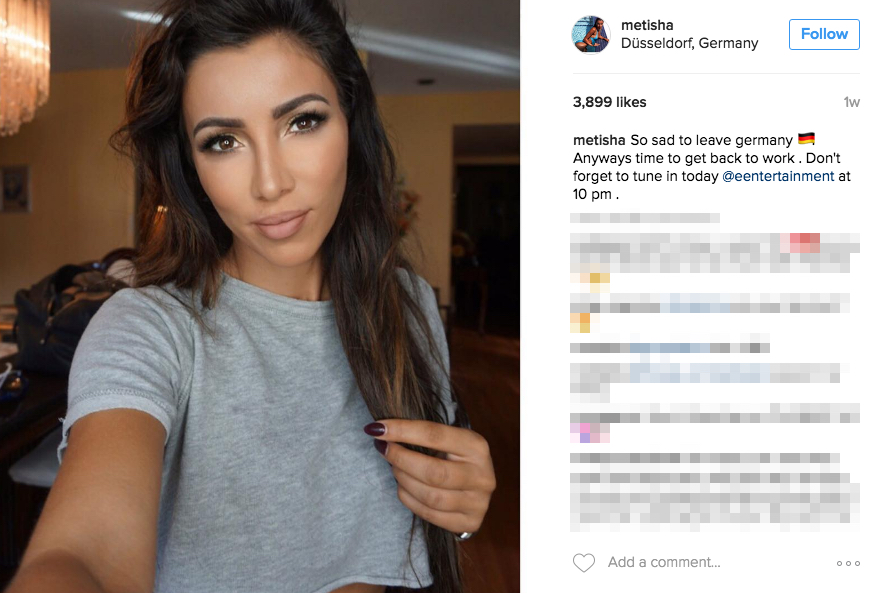