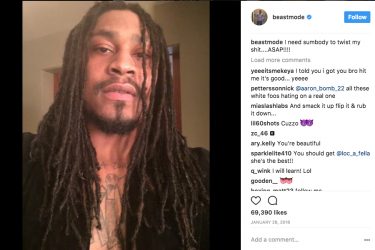 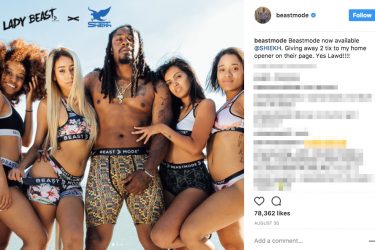 Marshawn Lynch’s girlfriend history isn’t as impressive as you might imagine it could be. Since the guy crushed for years, all I mean is you would think there would be more media hits. Before we get to it, we do briefly need to mention an assault accusation. In 2014 a woman accused him of assault and personal property damage. That’s it. A few months after the woman made the accusation, the cops charged her with making false accusations. Apparently she hooked up with some guy she thought was Marshawn Lynch. The guy told her several times he wasn’t him. Since that time, it’s no wonder Lynch is paranoid about the media and the public!

So we first talked about Marshawn Lynch’s girlfriend Charmaine back in 2013. Charmaine did some light adult acting before she met Marshawn, and she moved on from that stuff.  In an interview with Inked, she said she is not the mother of his child and they are not together. This statement was true, but at one time it certainly appeared that she had some sort of relationship with him. Charmaine even commented about his personality and how he doesn’t like to answer a lot of questions about himself. She is a diehard Seahawks fan. Too bad Marshawn isn’t a Seahawk any more.

Based on the limited glimpses into his personal life, this is the one.  Netta is the lady that Marshawn most likely still dates. Marshawn Lynch’s girlfriend is perfectly situated for a longterm relationship with him right now. Since she comes from Oakland, it’s convenient. According to Terez Owens, they got together a long time ago and know each other from years back. She is a singer/songwriter and has a nice style. Netta also met other San Francisco/Oakland athletes like Kevin Durant and Klay Thompson for photo opportunities. She said the Warriors Parade after they won the championship was one of her favorite days ever.

No. Marshawn Lynch’s girlfriend is not the married blonde sports journalist he flirted with in July of 2017. I think that’s basically just the media taking a shot at him. The New York Post put up a video of him innocently flirting with a married blonde lady named Colleen Wolfe. Hey, she lives in Los Angeles. It wouldn’t even be that convenient for Lynch. He wandered over to the reporters while they broadcasted, interrupted them, and then asked the woman out. Then he realized she wore a rock and recanted. Big deal. I should also add this happens to regular non-athletes all the time. She is a lovely lady though. One can’t fault Marshawn for asking (even though he swore during their telecast). 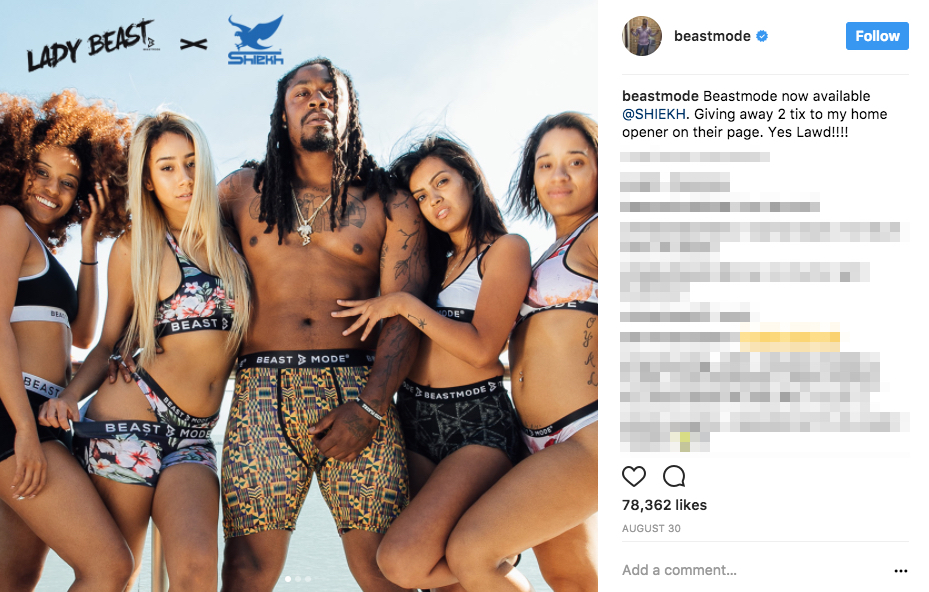