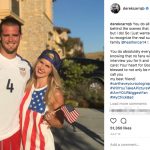 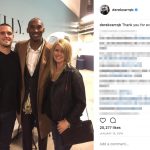 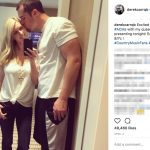 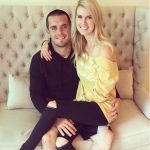 Never heard a couple of those names before, but kinda dig them.  They’re not random letter collections that don’t make sense, or something like naming a kid Chevrolet.  Solid, unique names without being obnoxious is peak.  Deker sounds like a person who jukes people out with quick fakeouts. So maybe he’ll be a hockey player or a football player? Anyway, Dallas is the oldest having been born in 2013.   Heather mentioned in early August of 2017 how thankful she felt that God healed him after he underwent three surgeries.  It’s tough to deny a little guy who’s been through that much must have someone looking out for him.

The challenges of being an NFL WAG

Heather has been vocal about the difficulties that NFL families face during the training camp. Training camp, unlike the regular season, is a bit like summer camp. The players go away to a remote spot and don’t get to go home at night. Heather posted that, “camp is hard on families in the NFL” and that the, “only time we get to see them is when we travel up and visit camp.” That sounds difficult for any family, say nothing about a family with four kids under the age of 9.

The family is quite lovely. Derek Carr’s wife brought the kids to a petting zoo and joked she always wanted to own a pig but the petting zoo is good enough. Pig ownership for a mother of two whose husband is away much of the time is a tough proposition. I would think it is, anyway. Another favorite social media moment from Miss Carr comes from a post of hers in a cheerleader uniform. She found her high school uniform and popped it on for nostalgia’s sake. Then she gave her husband a few cheers. She’s adorable! Heather then exclaimed she can’t be the only one that does this. She’s probably right! Speak up, former cheerleaders!

In October of 2017, Derek Carr’s wife and her parents took her kids to Disney World. This sort of surprises me because they already lived in California, but there’s nothing like that Florida campus.  It’s likely her parents live elsewhere, and they wanted to go to Florida. Anyway, she posted a lovely photo of them all looking at the Magic Kingdom castle and wearing the same shirts. Heather possesses a flare for entertainment. I mentioned she used to cheerlead. She seems to not mind showing off and being funny. She’s a sweet woman with a good heart. 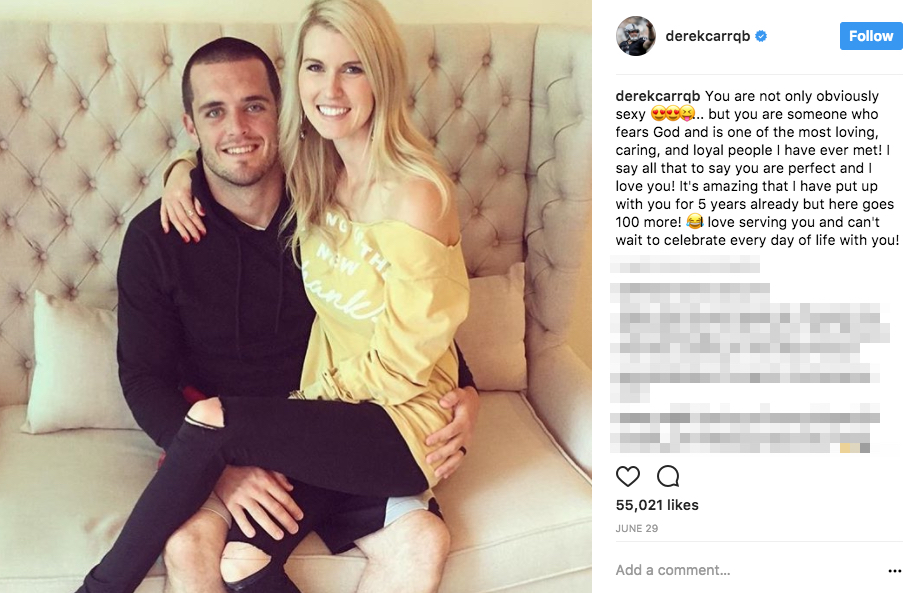