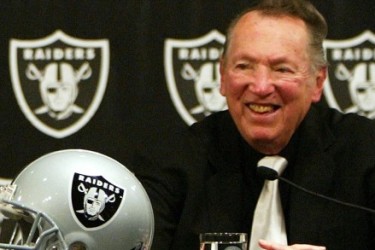 Al Davis married the former Carol Segal in 1954, and the two were married until his death from prostate cancer on the morning of October 8, 2011. They have one child together, son Marc; who along with his mother Carol, are the direct heir’s to Al Davis’ fortune and presumably the Raiders team.
Most folks reading this know of Davis’ cold public demeanor, where he was never shy to speak candidly with no concern for any possible public humiliation of his target. However, the Pittsburgh Post Gazette passed along this interesting tidbit on the long time Raiders owner in today’s obituary.
When his wife, Carol, had a serious heart attack, he moved into her hospital room and lived there for more than a month. And when he hears that even a distant acquaintance is ill, he’ll offer medical help without worrying about expense.”
Reports are currently circulating that the succession plan has always been, and will be that Marc is to take over day to day ownership operations of the team. 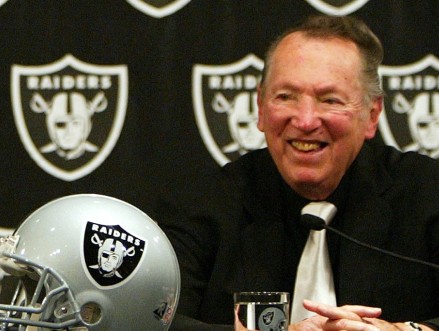