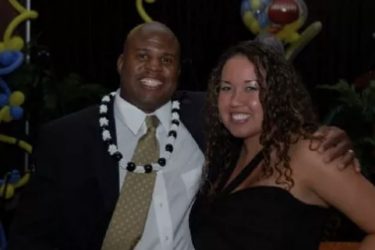 Eric Bieniemy’s wife Mia Bieniemy has been in the picture for decades.  And there’s no sign of that slowing down any time soon.  Unfortunately the bulk of their relationship history remains a mystery.

Let’s start with what we know.

So like we started with.  Eric Bieniemy’s wife has been in the picture for decades.  The couple has two children, Eric III and Elijah.  Considering that their children were born while Eric was still playing in the NFL, clearly we can surmise they were together during his playing years.  While that may come across as a pithy deduction, it does add context to how well this family has things figured out.

Eric’s playing career took him through the following stops:

Now, add in that the family likely has another move whenever Eric does ultimately get a head coaching job, we’re talking nine moves over the tenure of their relationship.  Consider that Eric is still relatively young in coaching terms, and the volatility of the coaching universe, we’re gonna see double digits before it’s all said and done.  Let’s hope Eric Bieniemy’s wife keeps the movers on speed dial.

Eric and Mia were married discretely, and to this date people don’t publicly know when or where.

As we mentioned, Eric Bieniemy’s wife gave birth to two children, Eric III, and Elijah.  (Side note – who here realized Eric the coach was a Jr?  Before this post, we sure didn’t.  How bout that).  The older boy, Eric III has cerebral palsy.  He lives at home, though is confined to a wheelchair.  The Kansas City Star ran a story about the impact Eric III has on the whole family, with the coach weighing in:

“He runs the house,” Bieniemy said with a laugh. “And he will continue to run the house.”

Career moves have been made with Eric III in mind. When Bieniemy considered leaving his first coaching job at Colorado to become a running backs coach at UCLA in 2003, part of the pitch was the Bruins’ offer of assistance from the school’s Orthopaedic Hospital Center for Cerebral Palsy.

Bieniemy said proudly earlier this month that his son recently graduated from high school, and the family is looking into adult care options.

“He’s the heart and soul and the nucleus of our family,”Bieniemy said. “He’s the one who makes us go. When he’s feeling good, we’re feeling good. And when he’s not, we’re down. It gives you a whole different perspective on things, on what’s important.”

One would assume wherever the next coaching stop is, that Eric Bieniemy’s wife and kids best interest will take the front seat.  Seems thats what matters most to him. 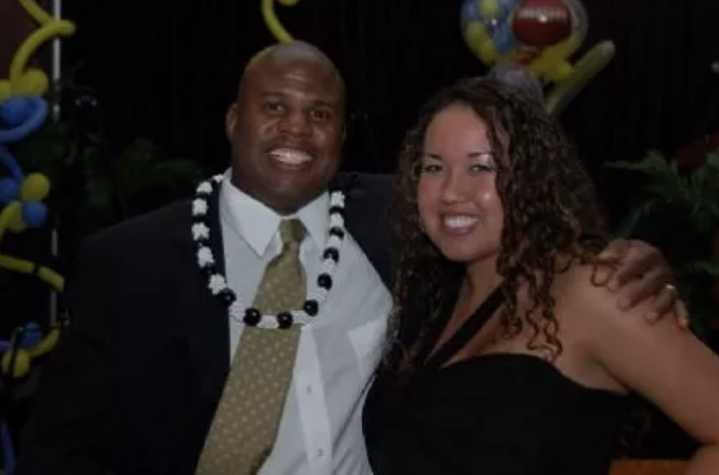