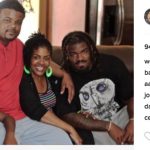 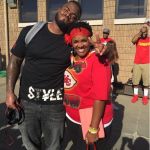 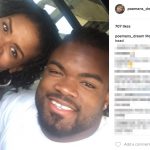 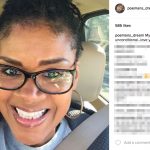 Dontari Poe’s girlfriend apparently doesn’t exist, but his mother is certainly a big fixture in his life. She attended his draft selection, and he got a tattoo in honor of her. “I am my mother’s keeper” is what his tattoo says. Yes, since she once kept him in line, he now sees fit to take care of her as best he can. That’s the story, anyhow. I’m guessing he wants to buy her a palace like you always hear about.

Since Dontari Poe’s girlfriend has yet to surface, we’ve got to talk about Sandra a bit more. First, she raised four kids without an active father present. Then, she says she helped Dontari stave off bullies and kids that picked on him because of his weight. I guess he was always a big boy. Apparently Dontari’s brothers also toughened him up a lot too. There was a long ESPN article written about Sandra and the struggle to raise an NFL monster. Sandra said there were times she didn’t think she could pay the rent. The family grew up extremely poor. Then, Dontari’s brother Robert Jr. went to prison.

Sandra features prominently in Dontari’s social media since Dontari Poe’s girlfriend isn’t around yet. He posts pictures of her at various events. He says she looks like a “mini me,” and sometimes she does indeed. She looks really young for a woman who gave birth to four kids thirty years ago. He calls her “my baby” and “my young dread head.” Obviously, they are the best of friends. They seem to have a relationship that a lot of mothers wish for. Of course, Sandra got a lot of practice to raise kids and eventually learned how to keep them out of trouble. Now, she supports her son the way she always has- love and attention. 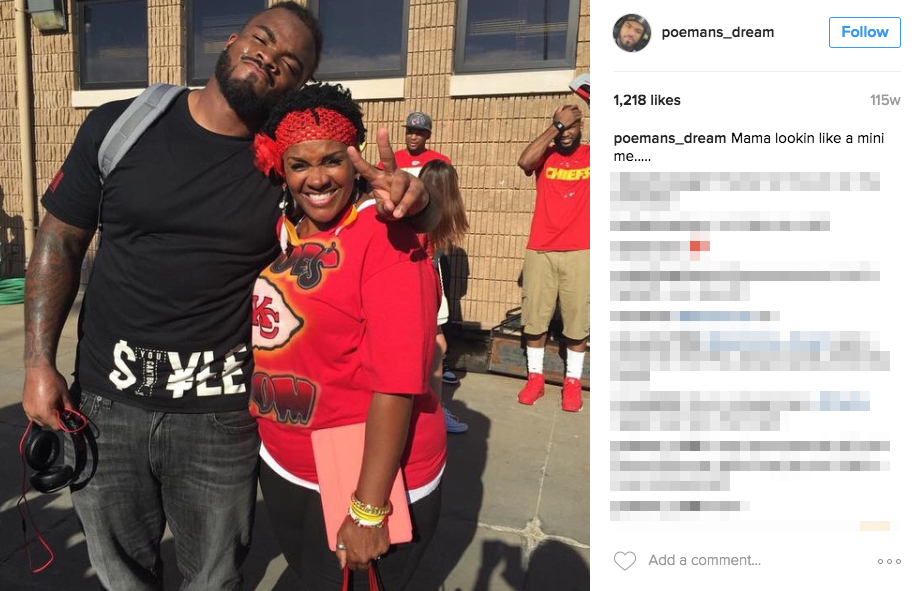