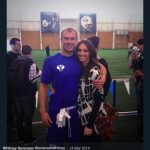 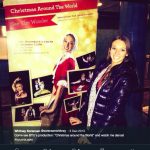 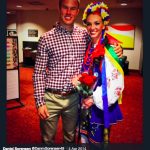 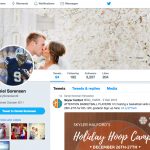 Daniel Sorensen’s wife Whitney Sorensen attended BYU with Daniel. Before Daniel became available for the NFL in 2014, he married Whitney on April 26, 2013. This is according to a blog that follows BYU football players. They also posted photos of their wedding. The blog, called Cougar Pride, shuttered in October of 2015, but the photos are legitimate. Whitney also gave birth to two children. The Kansas City Star mentioned kids in a brief post. They named their son Brooks. According to Daniel, Brooks loves football players. At the time of the interview he gave, Brooks was 16 months old. How did Daniel know he loved football players?

Besides the whole, his dad being a football player thing, ya know….

Whitney follows and posts about Daniel’s career and team on social media. Daniel Sorensen’s wife also formerly maintained a personal blog that she named It’s a Wonderful Life. The last entry she posted came on March 15 of 2015. That post detailed the baby shower her mother and sister threw for her before she gave birth to their second child. She received cards from all the mothers which gave her advice and admitted many of them possessed more experience than she did. In fact, Whitney’s great grandmother attended the baby shower. Whitey said in a blog post it felt special she would make a blanket for her first great great grandchild.

Daniel Sorensen’s wife talked about Daniel’s 25th birthday party at length on her blog. She said he didn’t know how he felt about turning 25. She gave him a mountain bike which Daniel researched ahead of time. According Whitney, Daniel felt surprised and curious that she wanted to celebrate his birthday with a party. She said she thought he would understand her desire to celebrate the longer they were married. Since she enjoys the spectacle and activity of a celebration, she presented Daniel with twenty-five clues that led him to his new mountain bike.

Whitney says Daniel is a little boy at heart. Daniel Sorensen’s wife said he lit up with each clue that led him to the present. She describes him as a person who doesn’t do too much for himself so it was fun to spoil him on his birthday. Whitney documented the whole search and party with many photos for her blog. The level of detail Whitney committed to each post is impressive. For example, on February of 2015, she wrote about Thanksgiving. Since Thanksgiving occurred three months prior, one might expect the post to be brief. Whitney wrote over 1500 words! 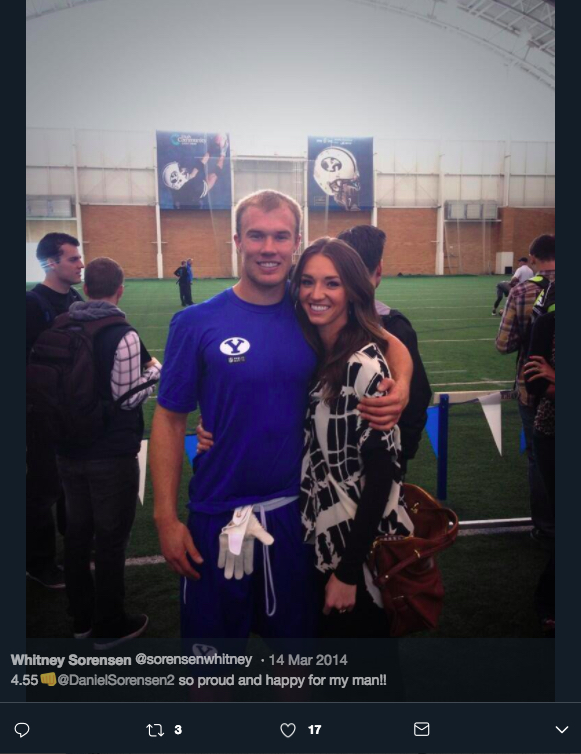