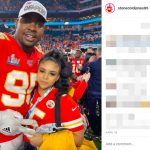 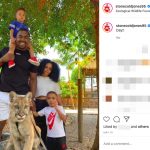 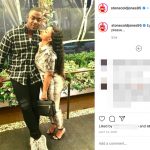 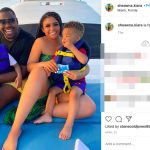 Oh, roughly an $80,000,000 contract for the Chiefs star DT.  Things are looking good for Chris Jones long term financial security, which also seems to bode well for his long term girlfriend.  Chris definitely has two kids, and it appears that Chris Jones girlfriend is the mother to both.  The self described boy mom notes that God first, son second.  So as we usually do, we’re probably reading too much into things here.  But we’re at least leaving the door cracked open that Sheawna is mom to one of Chris’ kids.  No matter the biological relationships, it’s a tight family unit.  They’re definitely enjoying life as an NFL family, even before they just got an 8 digit payday!

Their youngest, Chris Jones II, was born in March of 2018.  A growing family is definitely growing roots in the Kansas City area now.

Chris Jones’ girlfriend is a minor celebrity in her own right.  With nearly 15,000 followers on the gram, she appears to be on the brink of becoming a full blown Instagram model.  She can pull it off too.  For a 25 year old, she has the usual pictures of nights out with friends and events being celebrated.  But she definitely seems to enjoy her time in Miami where they apparently spend a lot of time in the offseason.  Hey, who blames them for that one?

For her part, Chris Jones’ girlfriend goes by a couple nicknames.  She She, Sheawna Kiara, you name it.  She’s young, vibrant and clearly a great mom.  She documents the growth of her boys and the family as it goes.  Admittedly as everyone gets older, schedules definitely get more hectic so while it’s slowed down some, there’s still plenty of documentation of the family through the years.  It’ll be interesting to see what happens to these guys next.  Hey with all that guaranteed cash, maybe it’s time for a rock, Chris? 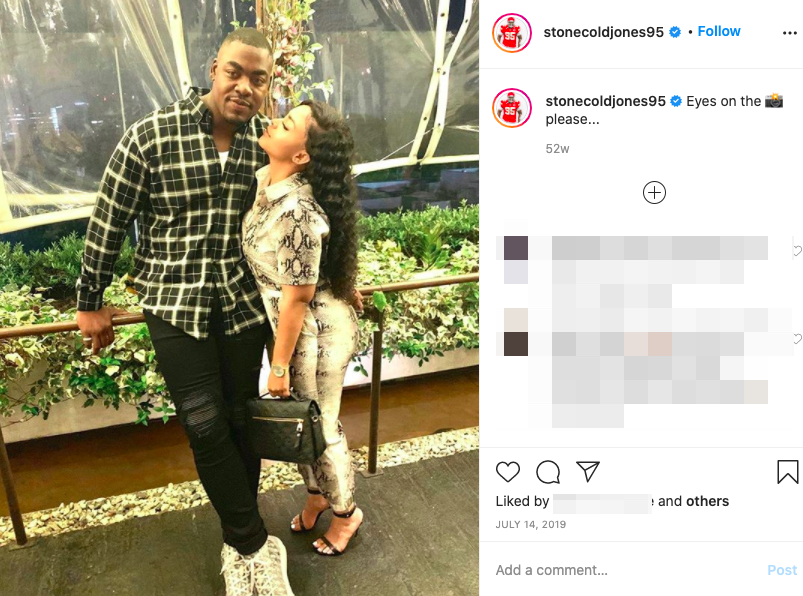