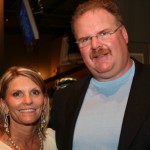 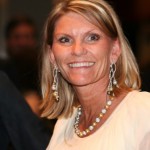 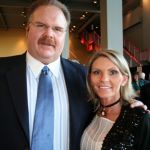 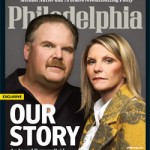 Andy Reid’s wife Tammy Reid featured prominently in the article that appeared in August of 2012 from ESPN. It eloquently detailed the tragedy the couple suffered that year. They lost their oldest son, Garrett, at the age of 29. Tammy gave birth to a total of five children throughout their marriage. Their names are Garrett, Britt, Spencer, Crosby, and Drew. Both Garrett and Britt unfortunately experienced trouble with the law before the death of Garrett. First, Garrett received a sentence of up to 23 months for selling drugs. According to another ESPN article from 2007, Garrett enjoyed the excitement of a drug dealer’s life.

How did Andy Reid’s wife handle these struggles?

At the time when Britt received a sentence for the same length of time as his brother, she declined to comment. The ESPN article also noted how the judge observed the parents’ love for their sons. It was apparent to him, but he called them a “family in crisis” and sentenced the sons. Was the sentencing justified? When all this happened, Andy took a 5-month leave of absence to deal with it. Britt tested positive for heroin and crashed into a car. Inside his car, police found heroin and testosterone. Then on the same day, Garrett’s brother Britt pointed a handgun at someone after a traffic dispute.

According to a long article by the Chiefs’ official website, Andy Reid’s wife is the only person that calls him Andrew. She told the author he routinely woke up so early that he would arrive at the Chiefs’ office at 3:30 AM! He then drove back to their home so he could enjoy breakfast with his family. Both Andy and Tammy attended BYU and met there in a tennis class. Tammy said he possessed a confident air. Based on her account, he wouldn’t ask her out, and this frustrated her because she always had guys ask her out. They played competitive tennis and racquetball.

Hop in the wayback machine

The couple married on August 8, 1991. Andy Reid’s wife talked about the night after their son Britt came into the world. She said Andy umpired baseball games at the time. She expressed a kind of pity for Andy about those days since she felt bad about his umpiring. Tammy said “Oh, my poor husband” upon reflection of his umpiring days. Tammy also said their early days in the marriage were difficult because they didn’t have much money. In fact, she even said they were “super poor” but looked back fondly on the time. 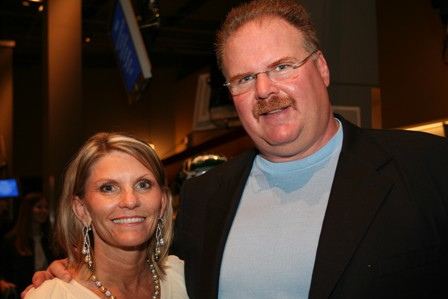