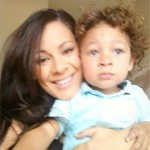 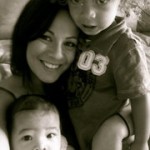 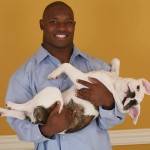 04/02/2012: Coming off one of the most successful seasons of his NFL career, Maurice Jones-Drew has married Ashley Hamaski on April 1, 2012 in a wedding ceremony in Pleasanton, CA. As MJD explained on the Dan Patrick radio show, the wedding was actually delayed somewhat as he and Ashley were expecting their third child. In that same radio interview, Jones-Drew told Dan Patrick he would be invited to the festivities as he helped book the band playing his reception. No word how Patrick RSVP’d.

While there’s very little information out there about the couple, we have dug up a few gems.

Maurice Jones-Drew has been dating Ashley Hamaski since MJD was tearing up the Pac-10 at UCLA. The couple has three children; sons Maurice III and Madden, and daughter Alayah. The couple is currently engaged, though no wedding plans or details are known.

We were able to dig up this gem of a quote from MJD while he was on his way to the NFL Scouting Combine in Indy.

“My girlfriend’s name is Ashley Hamasaki. She’s Japanese and Hawaiian. Yeah, she’s pretty sexy. But I think I miss the dog more. I hear from my girlfriend all the time. Oh, I’m just kidding, baby. She’s graduating from cosmetology school on Thursday, so she’ll get a job and stuff like that. Just like me. It’s time to get a job.“