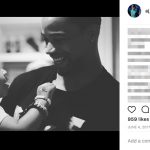 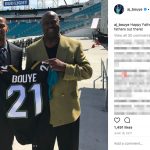 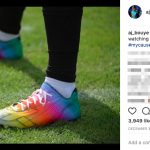 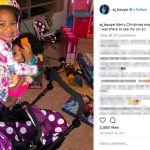 AJ Bouye’s ex-girlfriend Princess showed up in a June article on Jacksonville.com. In it, AJ explained that Princess is the mother of their daughter, Zoe. At the time of the writing, Zoe was two years old. During Christmas, AJ had to play. However, he did post a picture of his little girl. He also said he wished he could be there with her while she opened presents. Even though AJ plays for Jacksonville, his ex-girlfriend lives in Houston. In fact, he mentioned Zoe lives in both Houston and Jacksonville. According to AJ, his father helps AJ and Princess on pick-ups of Zoe.

What about AJ Bouye’s girlfriend? Well, no one knows if he is seeing anyone now. According to him, AJ Bouye’s ex-girlfriend went eighteen months in a relationship with AJ. He simply said “it didn’t work out” in the Jacksonville article. Since Jacksonville offered him $1.5 million more than Houston, he chose them. He felt uneasy about it, but his father lives in Georgia. So it’s not a total geographic loss. The couple worked out a system of custody. When he isn’t playing during the season, he gets three week increments of custody. During the season, he gets three-day weekends during home games.

Best way to start the morning 😍

As for AJ Bouye’s ex-girlfriend, not much is known. Does she agree with AJ spoiling their daughter, as he admitted to? AJ told the interviewer he says he doesn’t spoil his daughter, but then he admitted he does and gets whatever she wants. Apparently AJ also offered to buy his father a truck, and he turned it down. According to an article in The Houston Chronicle, AJ says his dad was a huge positive influence. His father worked as a correctional officer. He also called his daughter his heart, his motivator, and his confidence-giver.

Back in August of 2016, AJ appeared in an article on the official Houston Texans website. The article focused mostly on the training regimens he embraced before that season. However, he still lived in Houston at the time. Seeing his daughter was much easier then. There was no mention of AJ Bouye’s ex-girlfriend. He does readily admit he wants to set a great example for their daughter. He says his father is a good example for him to look up to. AJ said his dad instilled hard work into him and taught him to always try to be a good person. Will AJ get a new girlfriend soon?