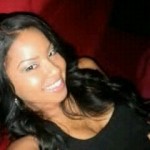 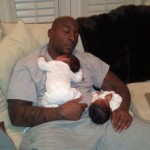 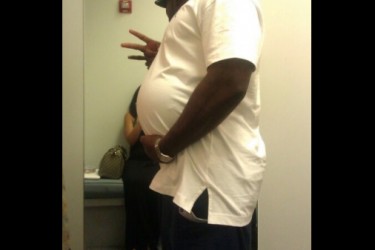 Colts defensive end Robert Mathis was suspended by the NFL for four games after violating the league’s substance abuse policy. And instead of the NFL suspending a player for steroids, or recreational drug, Mathis is being punished for trying to grow his family. Robert Mathis and wife Brandi Mathis were seeking fertility treatment, and during the process, Mathis was prescribed something to aid their efforts causing the positive test and suspension.

“It is difficult for me to address the circumstances surrounding this suspension because they involve very personal medical information, but it is very important to me that my fans, particularly young people, understand what did and did not occur. Like many families, my wife and I faced fertility challenges, and I sought medical assistance. I specifically asked the doctor if the medication he prescribed for me would present a problem for NFL drug testing, and unfortunately, he incorrectly told me that it would not. I made the mistake of not calling the NFL or NFLPA to double check before I took the medication at the end of last season. The union has worked very closely with me to present all of the facts and medical records for consideration of discipline that does not include a suspension because of the unique facts of my case, but the Commissioner refused the request. I am deeply saddened that this situation will prevent me from contributing to my team for four games, and I regret that I didn’t cross check what my doctor told me before I took the medication. I hope that my fans will understand the unique circumstances involved here and continue to know that I am a man of integrity who would never intentionally circumvent the performance enhancing substance policy agreed to by the NFL and my union. The incredible blessing of this very upsetting situation is that, after I took the medication very briefly at the end of last season, we learned that my wife is expecting a baby. We are thrilled that we will be welcoming a new member in several months, but I apologize to my teammates, coaches and Colts fans that I will not be able to contribute to my team for the first four weeks of the 2014 season. I will work extremely hard during that time to stay in top football shape and will be prepared to contribute immediately upon my return.”

It should be noted that Robert and Brandi Mathis have twin sons, born in early 2012, Robert Nathan and Nathan Robert. Robert and Brandi were married on June 1, 2013 at the St Regis Hotel outside of Atlanta. Their first dance was “We Are One,” by Maze and Frankie Beverly. Brandi’s Pinterest account describes a pretty solid life. “Mommy of Three. Expecting Baby #4. Lover of Life. Executed a Wedding. Building Our Dream Home. Loving Every Moment.”

Things are good for the Mathis’. What’s four games? Congrats on the expected child, and best of luck.

UDPATE 05/16/2O14: The NFL has broken tradition and commented on the nature of Mathis’ suspension, stating that the drug causing the failed test is “not approved by the FDA for fertility in males and is a performance-enhancing drug that has been prohibited for years.”

“Here Mr. Mathis actually withdrew his appeal and accepted discipline at the union’s suggestion,” the league said in a statment. “His hearing took place only after the Players Association requested that the appeal be reinstated. The drug for which Mr. Mathis tested positive is not approved by the FDA for fertility in males and is a performance-enhancing drug that has been prohibited for years. Importantly, Mr. Mathis did not consult with the policy’s Independent Administrator, a physician jointly approved by the NFL and NFL Players Association. Nor did he consult with his team doctor, the team’s training staff, the NFLPA, the league office or the hotline established under the policy to give confidential information to players. Each of these sources would have warned against using this substance. A cornerstone of the program is that a player is responsible for what is in his body. Consistent application of the policy’s procedures is critical to the integrity of the program.”

With the suspension in place and the appeal rescinded, we imagine both sides have said their peace and will be moving on. If anything more comes, we’ll be sure to continue to monitor. 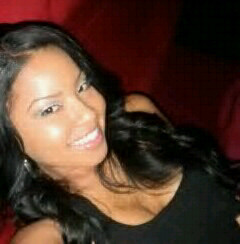