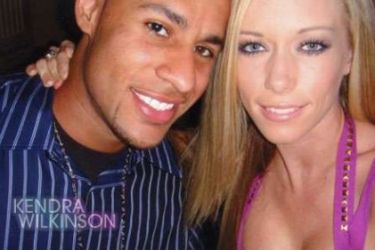 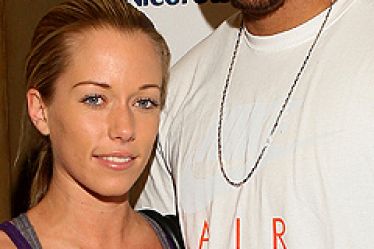 Hank Baskett’s Fiancee Kendra Wilkinson was born June 12, 1985. Wilkinson was given her own spin off reality show after her rise in popularity from her time on “Girls Next Door.”  The show, “Kendra” premiered in June, 2009 to big ratings success, and chronicles the life of Wilkinson and Baskett.  The tag line for the show is: “First comes love, then comes Kendra.” During the 2008 season, Wilkinson appeared on Fox Sports “Best Damn Sports Show,” podcast to discuss a number of topics(because she’s clearly an expert on all things sports).  Amongst the subjects covered, she openly brags about:  -asking Baskett to blow her kisses after every catch, telling Baskett how to celebrate touchdowns, including re-enacting his proposal to her, her belief that Baskett is a Plaxico Burress clone and how she cornered the Eagles owner, head coach Andy Reid and QB Donovan McNabb to pressure them to throw Hank the ball more.  She also demanded to know why Kevin Curtis got more passes thrown to him, using the logic that when Kevin Curtis got the ball, nothing happened.  But when her man got the ball, things happen.

In an effort of full disclosure, we’ll admit that we’re fantasy nerds here.  With that out of the way, Baskett played 13 games last season, catching 33 passes for 440 yards, 3 TD’s and a 13.3 YPC.  Baskett also had a 90 yard TD reception, which if you take that one fluke play out of the mix, his numbers are even less impressive at 32 catches, 350 yards, and 2 TD’s.  What are we getting at here?  Despite what Kendra thinks, things really don’t happen when Hank touches the ball.  There was a very specific reason why he was owned in only 11.3% of all ESPN fantasy leagues.

Boom!  Score one for the fantasy nerds.

Unknown exactly, but the news of their engagement was released by Hugh Hefner in November, 2008.  The former Plamate Wilkinson was of course one of Hefner’s 3 girlfriends as chronicled in the E! network reality show, “The Girls Next Door.” Baskett and Wilkinson are to be married in June, 2009 and are also currently expecting their first child. 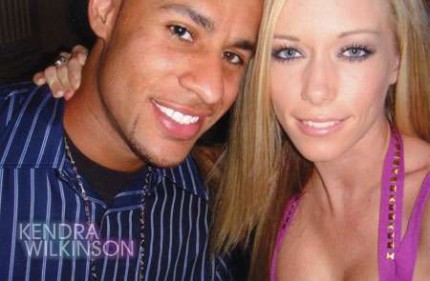