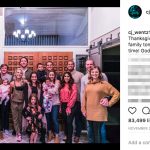 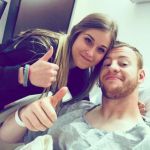 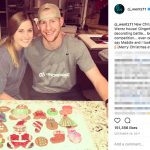 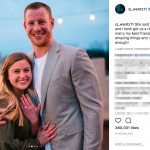 We’d actually been following this one for a few months, but never had a name to put to the face.  The first time that Maddie Oberg showed up in his Instagram account was Thanksgiving.

Prior to that, the only information we had was that Carson Wentz dated his high school sweetheart, Melissa Uhlrich.  More on her in a moment.

After Wentz tore his ACL in 2017, Madison Oberg made an appearance on his Twitter from the hospital room.

Surgery ✔ the comeback officially begins now! The Lord truly blessed me with this beautiful young lady to walk by my side and support me through all of this! #comeback #grateful pic.twitter.com/enMa1B8dyb

But, it wasn’t until he proudly posted his proposal to the world that people finally learned what the name was.

So tell us something about Madison Oberg

The woman on the brink of becoming Carson Wentz’s wife has dedicated her life to helping others.  Maddie Oberg studied elementary education in college at Missouri Southern State University.  She is also part of Mission of Hope in Haiti.  Wentz and Oberg both went on a Mission to Haiti in 2017.  This same trip was also attended by some of his teammates including Jordan Matthews.

Wentz explained his dedication to the cause to ESPN last year.

The Carson Wentz AO1 Foundation recently announced that it has granted funds to Mission of Hope, Haiti (MOH) to help launch a sports initiative that will aid in building a multipurpose sports complex and education center on its campus. The sports programs and facilities will give children access to educational tutoring while providing meals and vitamins to support nutrition.

“I believe in Mission of Hope’s initiative completely, and I feel that this sports complex will be an incredible way for the youth of Haiti to have more opportunities to enjoy sporting competition, to further their education, to have access to healthy meals, and to enjoy being around a Christian community to help further their faith,” Wentz said in a statement.

But wait.  What Happened to Carson Wentz’s girlfriend Melissa Uhrich?

Great question.  And we don’t know.  The couple gained a little notoriety, being dubbed “A perfect North Dakota relationship,” by the New York Post.  The pair did delete each other from their respective social media pages.  And by the time that Maddie started showing up in pics with Wentz, the rest was elementary.

According to an April 12, 2016 article by ESPN the Magazine, Carson Wentz’s girlfriend lived separately from him until they were going to marry. Since they are both deeply religious, it was important to both Carson and Melissa not to live together until they tie the knot.

It remains to be seen if Carson Wentz and Maddie Oberg will live separately until they marry.  But, even if they do, at least there’s a light at the end of their tunnel! 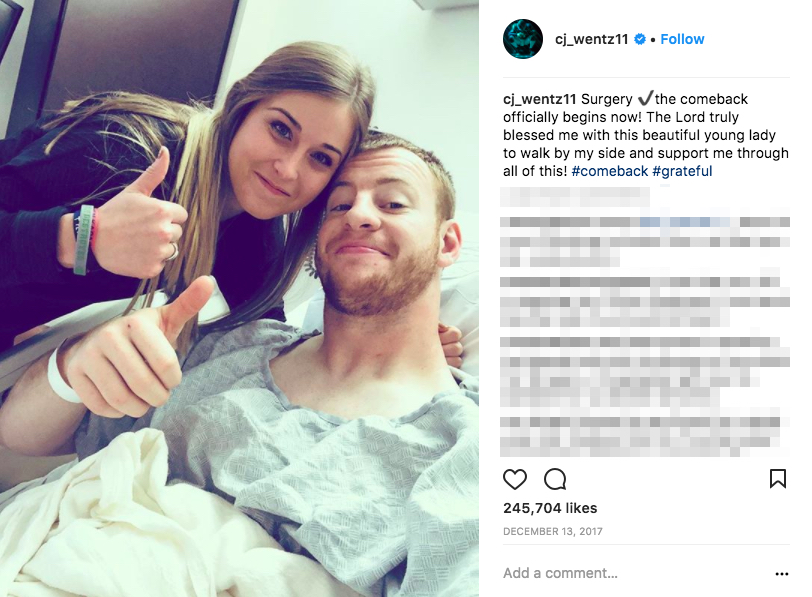