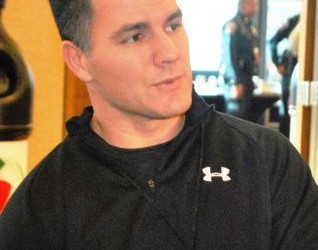 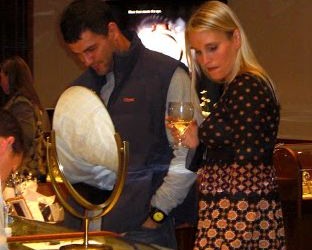 As Adam Vinatieri winds down an impressive (Hall of Fame?) career, there are plenty of amazing moments he can reflect on. Vinatieri holds 4 Super Bowl rings, including two of which his own kicks won in the final seconds. He has played on teams with two surefire Hall of Fame QB’s in Tom Brady and Peyton Manning, and another who may end up there too in Andrew Luck. But things weren’t always so glorious for Vinatieri.

First off, let’s start with his college – South Dakota State. Just the name makes me think it’s a miserable school. Vinatieri attended the school for 4 years, raking up two Division II titles and school scoring record. None of this impressed the NFL as he went undrafted and wound up playing in Europe. He finally drew the attention of the New England Patriots, who signed him in 1996. This was important for him off the field as well, as this eventually lead to the appearance of Adam Vinatieri’s wife Valeri.

How you ask? Well, Valerie Vinatieri is a former Miami Dolphins cheerleader. We’re guessing that during one of the Patriots yearly trips to South Beach, Adam and Valerie met and the rest is history. They were married in 2001 in the tropical destination of Bali. The Vinatieri’s now have 3 children – AJ, Gabriel and Allison. Surprisingly not much is known about Valerie despite Adam’s prominent days in New England. As far as we can tell she does some work with charity and it the past has donated to the Food Bank of Indiana. 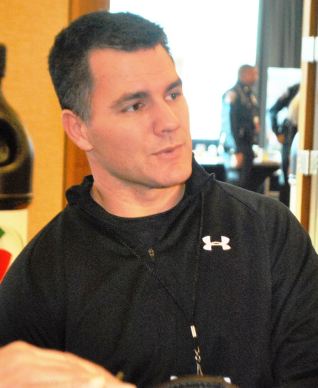