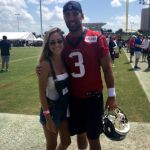 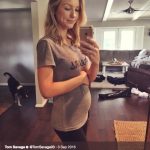 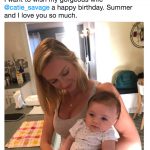 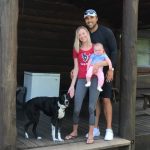 Tom Savage’s wife Catie Savage welcomed their first child into the world on January 18 of 2017. They named the baby girl Summer Savage. It might be the greatest name ever since Savage itself is a great way to finish a name strong. The Savage’s did a gender reveal with their own twist on it. Tom threw a football threw a pinata loaded with pink confetti. Certainly a unique spin. It was kind of a funny video that he posted on Twitter. His family kept chanting “boy boy boy!” but the pink confetti rained on down. Sorry to disappoint you, people!

Catie loved to receive a Mother’s Day greeting from Tom in May. He kept it sweet by telling her he and Summer love her. What’s better than that? Since Tom Savage’s wife gave birth, they’ve both posted some pretty amazing pictures of their daughter. She seems to possess a very happy countenance. She looks like a happy Buddha in every picture they share on social media. Catie also shared a table that Tom created for her right around the time of baby’s birth in late January. He bought old spindles and crafted it by hand. Because sometimes homemade is the best made. I should add that Tom always wears his wedding ring. He never takes it off even in games.

The family also owns a handsome dog which I believe is a Border Collie. They are the smartest of all breeds. She shared pictures of him before Summer arrived, but now not so much. Tom Savage’s wife explained in September of 2016 she experienced a stranger touch her pregnant belly for the first time. She added that it was strange. If I had a huge belly filled with a growing human inside, I would not want people prodding me either! Catie loves to go to Tom’s home games, but she also sometimes shows up at his practice to say hi. Tom joked last year both his girls came to see him at practice because she was preggers. The family is looking healthy and strong! 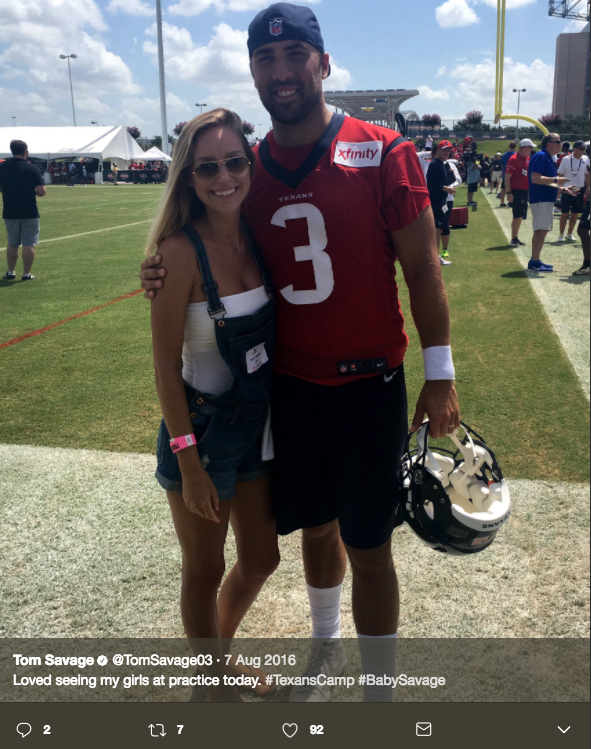