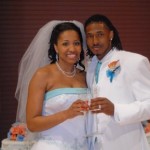 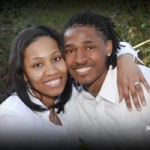 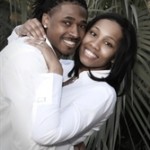 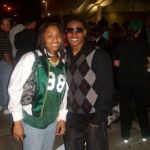 Tramon passed the former Shantrell Moore his phone number while in the cafeteria at Louisiana Tech together. He was a junior while she was a freshman. Shantrell says that she really wanted nothing to do with him and used to dodge his repeated phone calls before finally running into him at a Spring concert-fest when the relationship finally began. The two were married June 27, 2009 at a wedding where they each had 14 members in their wedding party (yes, 28 total) and 450+ guests. They have one child together.

Shantrell was a star athlete herself, playing basketball at LaTech and earning 2006-2007 WAC player of the year honors. She then went on to play professional basketball in Poland for a year. 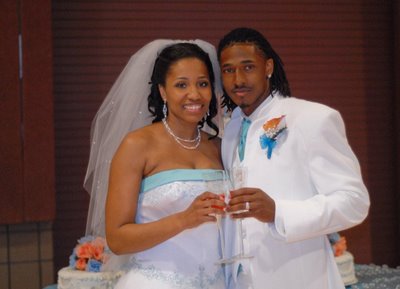