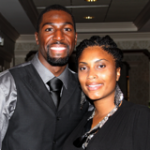 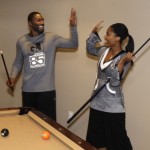 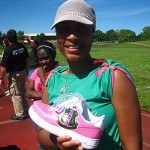 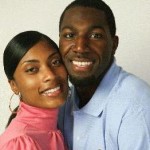 Greg Jennings’ wife Nicole Jennings invests a significant portion of time to a charitable organization called, “The House of Hope”. This charity is designed to help offer housing to new mothers between the ages of 18 and 24. She notes the importance of this cause because her mother was only 17 when Nicole was born. The two lived in a homeless shelter until she was 4. Her grandmother came and took them to live with her. Greg began the 2010 season by offering to donate $1,000 for every touchdown scored to the foundation. Soon after other Packers including Aaron Rodgers, Donald Driver and Mason Crosby matched the gesture creating a huge fundraiser for the House of Hope.

Nicole and Greg Jennings both hail from Kalamazoo, MI. The couple has two children together, daughters Amya and Alea. The family currently resides in De Pere, WI.

Greg and Nicole are both extremely active in the community, most notably with the Jennings Foundation, which serves to help underprivileged children and families in the community. 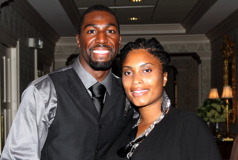