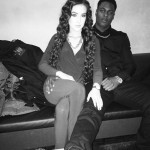 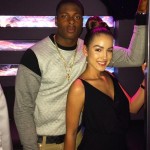 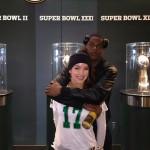 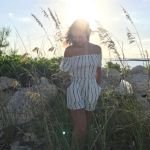 The couple married in July, 2018, with Davante putting up some killer wedding pics.

I can definitely understand why Davante would want to hang on to this one. She is so classy looking, and she’s got a great energy about her in all her photos. Devanne was with him on draft day at his family home. When he was drafted, they kissed and hugged and were happy. Ah, draft day– a glorious time for young men and women.

Davante Adams wife Devanne Villareal did not give up her college work when Davante was drafted.   She finished up at Fresno State and is now an esthetician (which Davante misspelled on his Instagram). It’s a pretty weird word so you can’t blame the guy. Anyway, at least now Devanne can busy herself with making people look good while Davante is pumping iron and catching passes and stuff. On the post that Davante put up celebrating Devanne’s graduation, one of the comments said “she ain’t a gold digger u lucky.” I would tend to agree with our less than articulate peanut gallery. She really does not seem like the type. She seems very sweet, and one of the pictures features her laughing hysterically and Davante commenting on how wacky she is. Blissful moments broadcast for all.

Devanne calls herself a “Mexican white girl” on her own Instagram, and she’s always smiling and sending out good vibes. I think I’ve got a little crush on Miss Villarreal myself. The average salary of an esthetician in Fresno is $37,000, but I have a feeling even if Davante Adams’ wife wasn’t with him, she’d be content.

During July 4th weekend of 2019, Davante let the cat out of the bag.  The Adams’ couple was about to become the Adams family (*snap snap*).

Devnne gave birth to Daija on September 20, 2019.  As with other major life milestones, Davante shared the news with his fans via Insta.

The family seems to be adjusting well and taking to parenthood.  Congratulations to The Adams Family,….. dun nun nun nun! 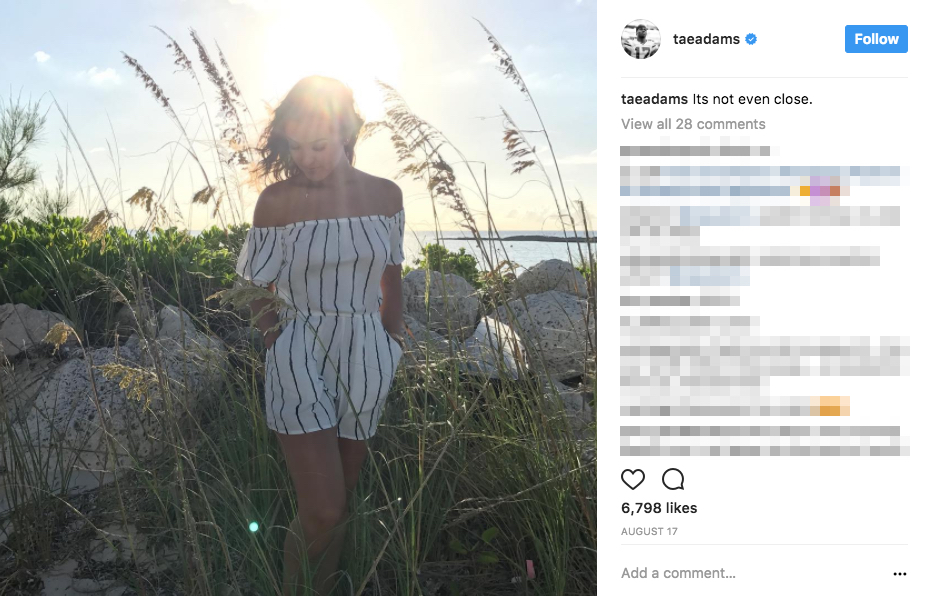