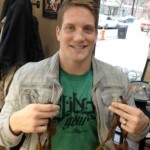 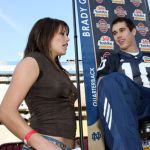 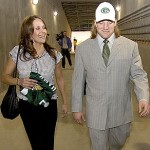 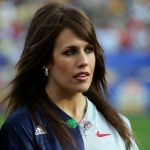 AJ Hawks’s wife Laura Hawk has football in the blood. After growing up in a football house, AJ and Laura Hawk met in their sophomore year of college and began dating after their junior year. According to Laura, the relationship moved quickly, officially becoming boyfriend and girlfriend within a month, and getting engaged 5 months after they started dating. They were married July 24th, 2006 in a civil ceremony at a courthouse (and online rumors seem to indicate that the wedding occurred shotgun style so that AJ could get Laura’s education paid as part of his rookie contract). The two were married for real in March 17, 2007 in an extravagant ceremony in Dublin, OH.

As the title of this post shows(and you probably already knew anyways), Laura is the sister of Cleveland Browns quarterback Brady Quinn. Laura made headlines at the 2006 Fiesta Bowl when she wore a half Ohio State, half Notre Dame jersey to support both her brother and boyfriend (a move she later admitted to regretting). AJ wound up getting the better half of the game, sacking his future brother in law twice, and being named the game’s co-MVP.

Laura is an interior designer, and owns the business LCH Interiors, which specializes in selling window treatments and decorating client’s homes. Laura is also a member of the Packer’s Women’s Association, which does charitable events throughout the Green Bay community.

UPDATE: 03-05-2012: Say goodbye to those luscious locks ladies. AJ Hawk and his wife have partnered with Wigs for Kids and are donating his hair through a program they are calling “Hawk’s Locks for Kids”. Through his Twitter feed, AJ says that “No child should have to feel ashamed of themselves due to a disease. We are hoping to raise enough money and hair donations to change many lives!”. Makes me want to grow my hair out so that I can both look like Thor for a short while and then donate it to children in need.
2009-11-24 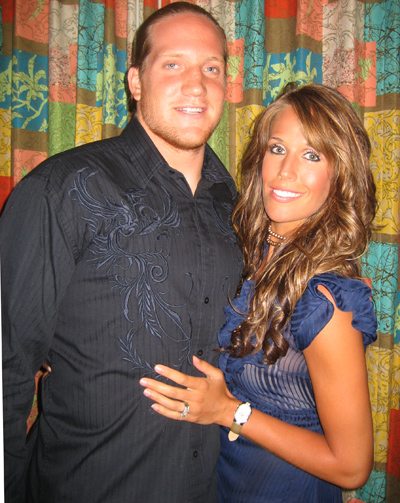