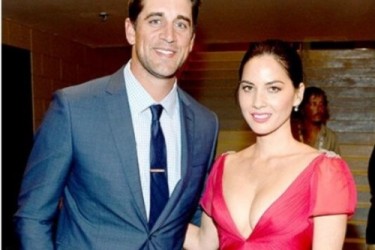 When news of Rodgers and Olivia Munn dating first surfaced, we thought it seemed too good to be true. Whether intentionally planted by a publicist, or really just a well informed insider, the initial reports turned out to be 100% accurate. Four years later, Aaron Rodgers and Olivia Munn are making a run at the top of the “coolest couple in sports,” chart. Now an official sports power couple, the two are not afraid to flaunt their relationship, especially in the social media realm. Both pock mark the others Twitter and Instagram profiles, and while there’s the occasional over the top-ness, they try to keep it cool.

OK, not always cool. But they’re trying, right? Not everyone can be TB12.

For those that only know about the Packers QB, Olivia Munn is an actress with a length IMDB Profile. And while we could spend our remaining graph talking about all her accomplishments including Newsroom, and Attack of the Show, we’re going to focus on work that hasn’t come out yet. Olivia Munn is set to appear in Zoolander 2. Every other credit can go to hell. ZOOLANDER 2, FOLKS!!

If you can’t tell, Aaron Rodgers’ girlfriend is a looker. Munn appeared on Maxim’s hot 100 list five consecutive years, peaking at #2 in 2011 and 2012. Approaching a woman on the Maxim Hot 100 list has to be easier when you’re the reigning second best QB in the world (again TB12, folks). However, when Rodgers and Munn first met, she’d never heard of him. That says a lot about the game he was spitting, since it still worked, and he wrecked every nerds fantasy by putting Munn in a stable, committed relationship. Well done, ARod2. 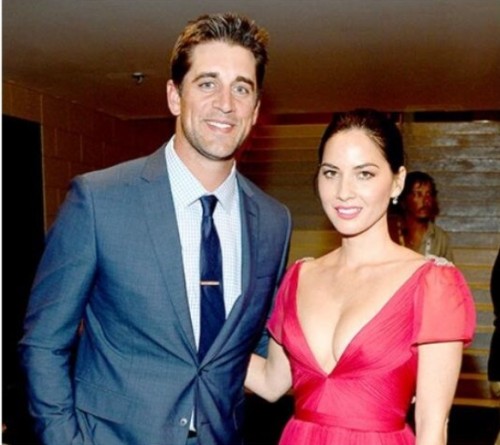