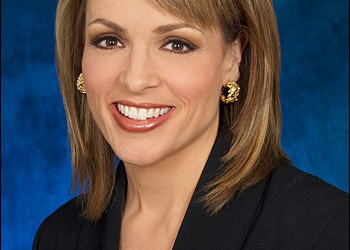 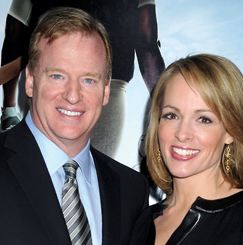 Ray Rice was probably the biggest story to hit the NFL in years.  And, it put Roger Goodell right in the crosshairs. After retiring from her job as a Fox News broadcaster in 2010, you know Roger Goodell’s wife wants an exclusive interview. In the wake of the Ray Rice fiasco, Goodell sat for one major interview, which flopped in the court of public opinion. You know Jane just leers across the table at him thinking “you saw the tape, didn’t you?”.  DIDN’T YOU?!?!?

Before being married to the NFL Commish

Roger Goodell is married to former Fox News broadcaster, Jane Skinner. In 2010, Jane announced on air that she was retiring from broadcasting.  At the time, she cited a desire to be closer to her family.  And shockingly enough more than a decade later the retirement has held.  This wasn’t one of those flimsy celebrity retirements.  One where the person comes back 6 months later just to make the public miss them.  No sir, Jane seems done with the limelight.  Hey, easy to do when your spouse earns a reported $44m per year.  The Goodell/Skinner power duo has twin daughters, and resides in Westchester, NY.

Back in her professional days, Roger Goodell’s wife Jane Skinner has worked at multiple television stations as a general reporter across the country including stops in St. Louis, Milwaukee, Portland, ME and New York City.  Portland, ME is an interesting career stop for Jane Skinner.  The family continues to own a beach house in Coastal Maine, a short drive from the Portland station.  Goodell reportedly had a few rough interactions with jilted Patriots fans following the baseless Tom Brady suspension.  Not that we advocate it, but we get it.  Jane ultimately finished her career as the host of Happening Now, a midday talk show on Fox News.
Embed from Getty Images 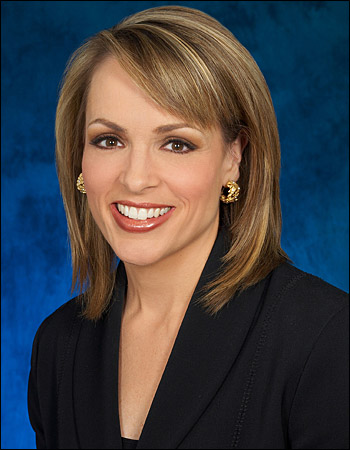