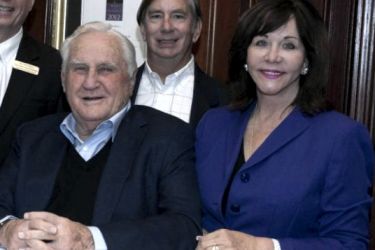 Don Shula’s wife Mary Anne Shula was in the picture for almost 27 years before Don passing away in 2020.  And according to the coach, Mary Anne has a great business mind.  Mary helped get him into the restaurant game, and which he continued late into his life.  Don’s son David Shula also has most of the responsibility since he runs the restaurant empire.

Don Shula and Don Shula’s wife were deeply rooted in their community.  Their philanthropic work is well known, and recognized.  In 2011, Don received the Ellis Island Medal of Honor, after all his humanitarian efforts.  They also spent extensive time working with the Moffitt Cancer Center.  The Shula’s were honored there  for all the things they’ve done.

I think a big part of Don Shula’s wife Mary Anne Shula having a commitment to fighting cancer comes from Don’s past. He lost his first wife Dorothy Shula to cancer in 1991. The couple had been married since the late 50’s and had known each other in high school. It wasn’t until she was 23 that Don asked her to not go and teach (she was a teacher) in Hawaii and instead to return to Baltimore where he was and marry him. So that’s the story of Dorothy and Don, but let’s return to Mary Anne and Don…

Mary Anne was previously married to a man named Jackson T. Stephens.  Stephens was a CEO for an investment bank, clocking in a net worth around $380 million. At the time of her divorce, she was awarded $1 million a year for life, and a house in Indian Creek Island.  Mary Anne later brought her stepson to court in a high profile alimony case.  She was concerned over the distribution of higher priced items would ultimately drain the estate.  No word on the final settlement. 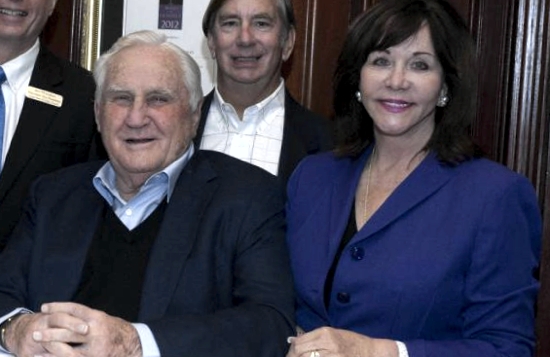