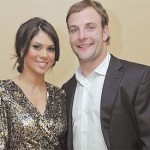 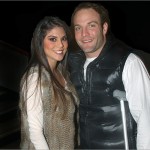 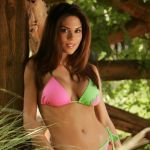 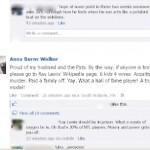 01/21/2013: In the wake of the ass kicking the Pats took at the hands of the Baltimore Ravens in the 2013 AFC Championship game, there were plenty of hard feelings to go around (and we are all Pats fans, and we even know it was an ass kicking). It’s always hard to see guys rant and rave and preach on your hometown logo while disparaging you, your team and your efforts when they walk into the tunnel. While Ray Lewis said all the right things after yesterday’s win, one person in the Patriot family took the hero-worship-Ray angle a little hard. Wes Welker’s wife Anna Burns Welker took to Facebook and said,

Proud of my husband and the Pats. By the way, if anyone is bored, please go to Ray Lewis’ Wikipedia page. 6 kids 4 wives. Acquitted for murder. Paid a family off. Yay. What a hall of fame player! A true role model!

We certainly agree with Anna, and are going to have a tough time watching Ray turn the next 2 weeks into a story about him versus the 49ers. Let’s hope the Pats resign Welker, because frankly, I’m afraid of what Anna would say about New England on the way out. Good work, Anna.

06/24/2012: Wes Welker and Anna Burns officially married in Aspen yesterday. The festivities happened in front of hundreds of family, friends and teammates. After the day’s events, Welker tweeted the following:

“Can’t thank my friends and family enough. Great times last night. The sleeves got ripped off early and often. Couldnt have been more perfect,”

06/02/2012: Congratulations to Wes Welker and his girlfriend/fiancee Anna Burns. The couple will be married on June 23 in a swanky Aspen ski lodge. No word on Patriots teammates planning to be in attendance, but for once they are the guests we’re less concerned with. Seriously, can you imagine the potential of the bridesmaids for a Miss Hooters International?

01/26/2012: According to the Boston Herald, Wes Welker is engaged to Anna Burns! There aren’t many details beyond that, but the couple recently moved to the Foxboro area and plan to settle down there. While that is far from a confirmed fact, it gives us hope that Welker plans to resign with the team after this year.
12/21/2011: While there was some uncertainty originally about how long the couple had been together, we can definitely report they’re still together and Welker and Burns are still going strong. The couple hosted a $1,000 a ticket fundraiser to help Welker’s charitable foundation which aims to serve children in need. The two were interviewed together by the Boston Herald, and provided some detail to their relationship, including that they rarely exchange gifts with one another.
Wes Welker has been dating Anna Burns for at least 2 years. It is not entirely known how long the couple has been together for, but she was first seen as Welker’s possible girlfriend in Bob Kraft’s owners box during the symbolic end-of-an-era Patriots – Ravens playoff game. The next night, the couple was appeared to have struck a pose together in a picture for the Boston Herald. The very quiet and private Welker seems to have taken the secret cloak off Ms. Burns, and the two have been seen around the Hub since then.

Anna Burns is no regular gal, in fact she carries the title of 2005 Miss Hooters International with her.
At this point, we could tell you all about her “career,” but it’s just a lengthy and extensive list of modeling work. But honestly,… do you care? Are you even reading anymore? Isn’t this enough?
Enjoy the scenery and a well deserved congratulations to you, White Wes Welker. 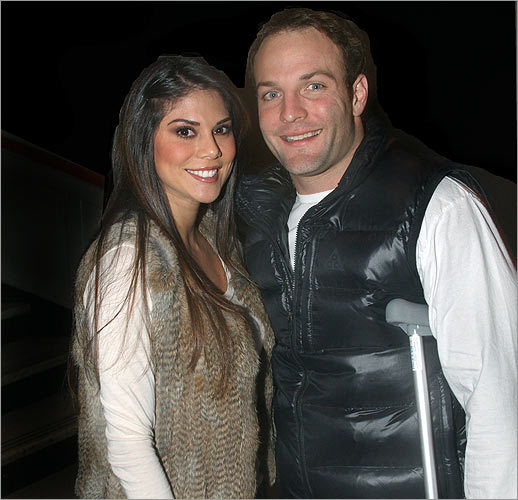