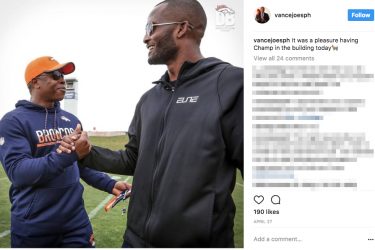 Van Joseph’s wife Holly Joseph is the mother of their children, Nataly and Stone. Since Nataly is a teenager in high school, Vance tries to see her Friday night sports games. It’s really hard to find the time for such things when you’re a pro coach. Nataly is fifteen years old. He talked about her briefly in a short interview with MiamiDolphins.com and said he loves to encourage her volleyball. Since his son is nine, he also enjoys coaching him. As you can imagine, Holly puts in a great deal of time with the kids. Vance is very often away with his work for the Broncos, and make no mistake- it’s a lot of work!

When Vance signed on to become the head coach of the Denver Broncos in January, his whole family joined him. Vance Joseph’s wife also attended and wore a smart black dress. She possesses a slender physique and looks great in all her photos. Holly was born in 1972 and looks younger than her 45 years. She smiled for cameras and got along with Annabel Bowlen when they addressed the media in January. I have no idea how they feel about making a move to Denver because they used to live in Fort Lauderdale. Denver is a lovely city, though. The kids might be a little bummed because they have to make new friends.

Other than the fact that she maintains no social media and stays out of the spotlight, we don’t know much about Vance Joseph’s wife. I’m curious where they met because no site ever mentioned it. Since Vance is new to the media spotlight and new to head coaching, he hasn’t yet talked about it. My guess is they met in college, and she stuck by him after he entered the NFL for a few seasons. However, I have no confirmation on that. 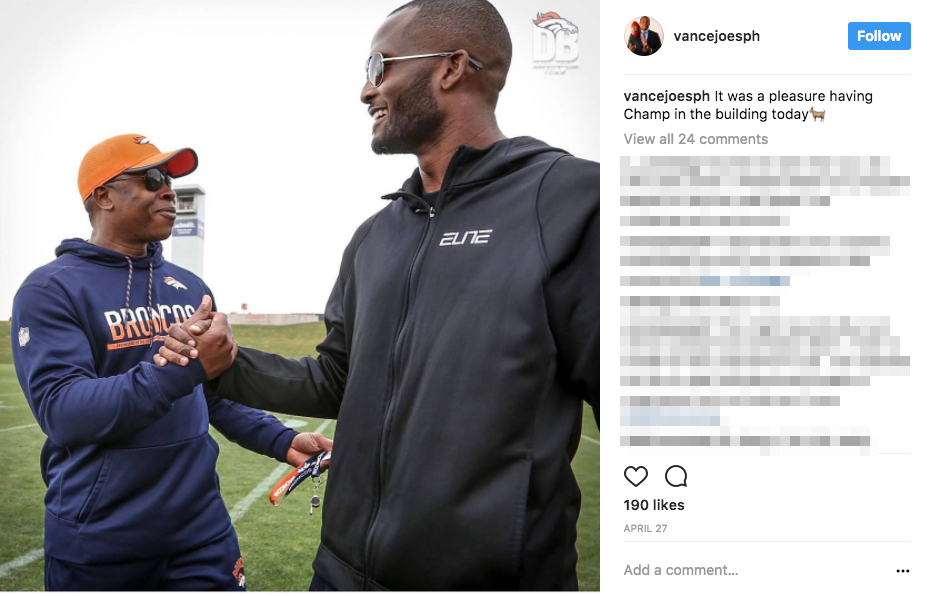