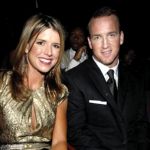 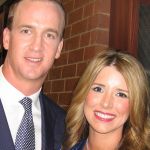 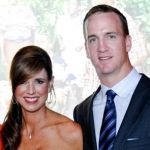 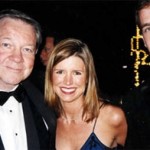 Peyton Manning’s wife Ashley Manning will no doubt be a popular refrain during his retirement press conference Monday in Denver. As the Sheriff tells tales of his career, it will be all but impossible to to avoid talking about Ashley. Ashley Manning is a fascinating exploration into the trials and tribulations of a professional WAG. For better for worse she’s been a part of his story for more than a decade.

Take this latest scandal with Peyton Manning’s wife. She is being presented, by a story at Al Jazeera, as the recipient of multiple shipments of HGH. The Internet has taken hold of this story, to say the least. People are jumping to the conclusion the just because Ashley received HGH – that must mean Peyton was using it. Manning’s retirement will certainly stem the hoopla following Ashley Manning’s prescription history.

Two years ago, the Manning family was contending with more drama. There were wholly unsubstantiated rumors about an extramarital relationship coming between them, and that Peyton Manning’s divorce was imminent. Fast forward a couple years later, the repeat Super Bowl runner up QB appears as happy as ever in wedded bliss. Peyton Manning, wife Ashley Manning, son Marshall and daughter Mosley Manning are running strong and have nothing coming between them.

In a very meta sort of way, we can actually look at what the Internet has taught us for the good and the bad. Peyton Manning’s wife Ashley Manning is one of the first wives we ever covered on PlayerWives.com back in 2009. In the six-plus years since launching the post, we’ve seen rumors galore. An unfounded rumor about Peyton being in an extramarital relationship with local Indianapolis meteorologist Angela Buchman ran rampant for a good chunk of his time with the Colts.

Conversely, back in 2011, we learned through the Internet about Peyton Manning’s kids. The Marion County Health Department confirmed that Peyton Manning’s wife Ashley Manning gave birth to a beautiful set of twin children. According to birth certificates on file, Peyton Manning’s twins, Marshall Williams Manning and Mosley Thompson Manning, were born on March 31, 2011.

Peyton Manning was introduced to his wife by Ashley’s next door neighbor during their Freshman year of college. They were married on St. Patrick’s day, 2001.

Now, we’ve said it before, and we’ll say it again now. It is not the agenda of Playerwives to start rumors. We have, however, come across some widely passed rumors in our years, and thought worth passing along this gem (which is more than more than likely to be false).

There have been a lot of theories and rumors to support the idea that there are many “open marriages” amongst the ranks of professional athletes. And as has been the case so often, we have found rumors that suggest that Peyton Manning is cheating on his wife Ashley Manning. These same rumors suggest he is dating local Indianapolis meteorologist Angela Buchman. The theory goes on to say that the Mannings heard about this rumor online. Then, in an effort to throw people off the scent, invited Ms. Buchman to multiple Manning charity events and public appearances. The rumor continues that Buchman is on the Manning payroll to keep quiet. 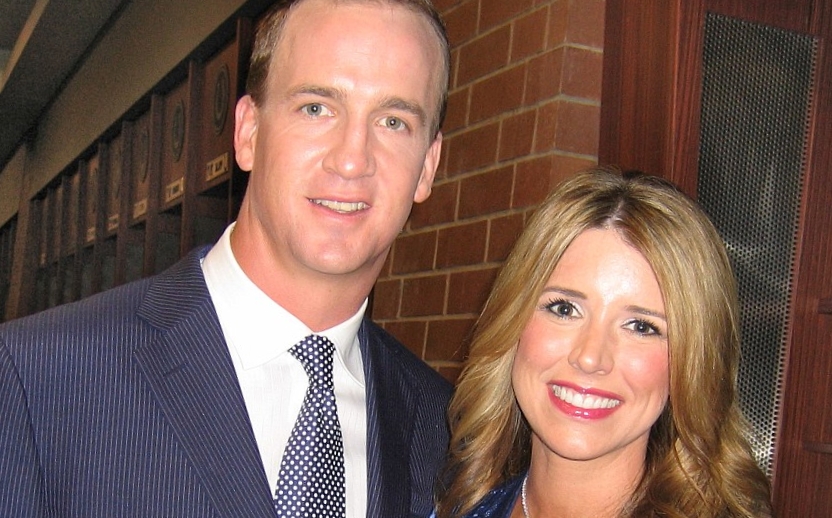