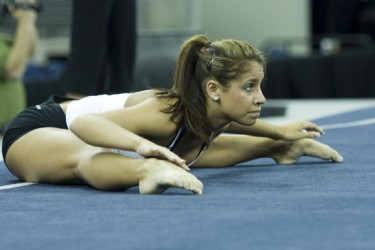 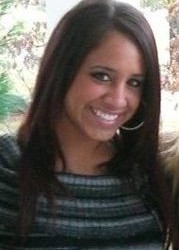 Coming out of college, Knowshon Moreno was a pretty big deal. He was coming off an impressive collegiate career at Georgia and was drafted by the Broncos, who just seem to churn out 1000 yard running backs like it’s… well… like it’s something that is pretty easy to do. But after two lackluster seasons and wasted talent, he lost the starters job to Willis McGahee. Maybe this is why it’s not clear if Knowshon Moreno’s girlfriend Nikki Childs is still with him?

Nikki Childs started at University of Georgia in 2005. From the get go, she was involved with the gymnastics team. Specializing in uneven bars, balance beam and floor exercise, she captured 12 individual titles while competing in several NCAA Championships. Seems pretty successful to us, but then again, what do we know about gymnastics? Anyways, as with most college relationships we look into, there isn’t much information. They definitely met with at UGA, but when and if they are still together after Moreno’s move to Denver remains up in the air.

McGahee redshirted his freshman year, then proceeded to drop two straight 1000+ yard seasons while dominating the SEC. That combined with the system he was drafted in, everyone expected big things (especially fantasy owners). But his career seemed over before it really started; that is, until pretty much every other running back in Denver got hurt in 2012. Now all of sudden he is back with a vengeance, helping to provide some balance to Denver’s lethal passing offense. Partnered with the dominant defense from last year, and they’re a favorite to win it all [Editor’s note: The author of this post is the biggest Pats fan on staff… He’s being humble to prevent jinxing his beloved Patriots. Go Pats, buddy!!]. 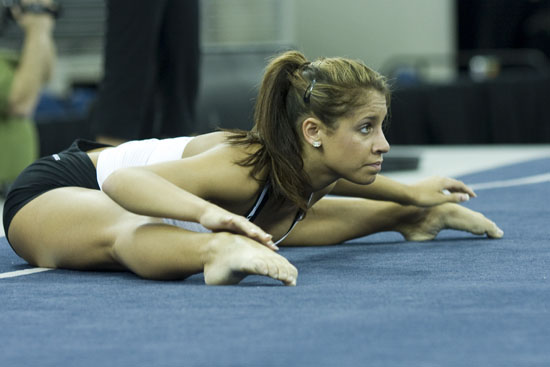