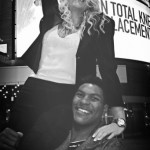 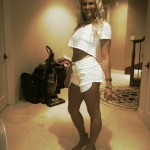 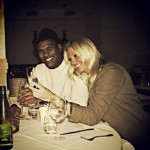 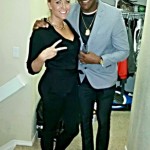 Julius Thomas’ girlfriend Amanda Adamson is one of those people who obsess on being happy every waking moment of her life. After looking over a wide selection of messages that she has posted on her Instagram, it seems her only goal in life is to be happy 100% of the time. I know that sounds unusual and perhaps a little creepy, but almost every single one of her photos or messages have something to do with appearing happy or being happy.

Here’s a selection of the photo messages Julius Thomas’ girlfriend Amanda Adamson has posted: “No negative thoughts,” “talking about our problems is our greatest addiction. break the habit. talk about your joys,” “at this stage in my life if it doesn’t make me money, make me better, make me happy, i don’t make time for it,” “we don’t appreciate negative vibes around here. move along,” “positive mind, positive vibes, positive life,” “focus on the good,” “being happy never goes out of style.” The whole presentation smacks of a kind of rigorous self-suppression, but I’m sure reducing one’s entire life experience into “negative” and “positive” works fine for her.

Julius Thomas’ girlfriend Amanda Adamson was formerly a collegiate basketball player for the New Mexico Lobos. She transferred to New Mexico from Syracuse in 2006 and wasn’t able to play in the 2006-07 season, but she had two seasons at New Mexico from 2007-2009 as a guard. Her recap says she was “used primarily as a sixth man off the bench.” Based on her Instagram profile, she would have made one hell of a cheerleader because of her extreme levels of self-enforced positivity. In fact, the ideal profession for Amanda might be some kind of pep rally specialist or someone whose meant to inject instant peppiness. If it were possible to be elated 100% of the time, Amanda would be right there as the spokesperson. 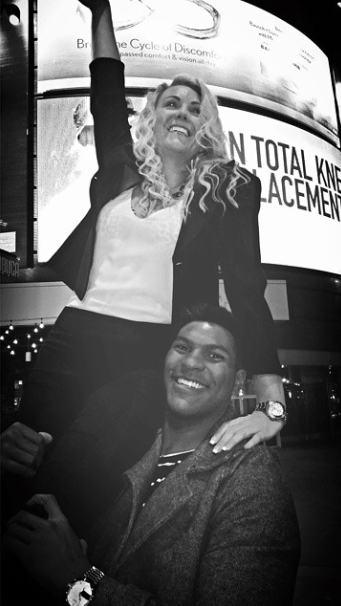