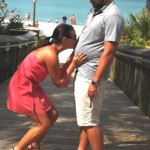 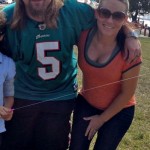 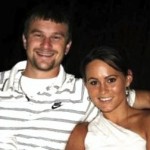 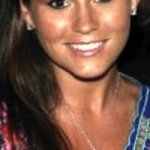 Unless you play fantasy football, you probably don’t know who Dan Carpenter is, much less who Dan Carpenter’s wife is. Well, Dan Carpenter used to be the kicker for the Miami Dolphins until he was released on Wednesday. And Dan Carpenter’s Wife Kaela Carpenter is currently three days overdue with the couple’s first child. You see, Dan has decided that, until Kaela has their baby, he isn’t in a rush to sign with one of the half dozen NFL teams currently in need of a kicker. Probably a good call, considering this is a once in a lifetime event and the fact that good kickers are somewhat rare these days.

Dan Carpenter and Kaela Clawson were engaged on June 13, 2010 and married about a year later on July 2, 2011. Kaela Clawson Carpenter is originally from Montana and describes herself as a small town girl. While in high school, among other activities, Kaela kept statistics for the football team. She continued this activity while attending college at University of Montana, which is where she met Dan.

Kaela runs a blog called “Cookin’ and Kickin‘” on which she discusses her love of cooking, her charity endeavors and life as the wife of an NFL player. Speaking of that, I often wonder if, when Dan Carpenter introduces himself as an NFL player, his friends say “He’s a kicker”, sort of like the guys correct Stu in the Hangover and say “He’s a dentist”. Don’t get me wrong – I think being a kicker is probably the best position to play in the NFL. Least chance of a life long brain injury and you get paid well. What’s not to like?

One final note. As a guy with both long hair and a beard, I just need to point out how amazing Dan Carpenter’s hair and beard are. 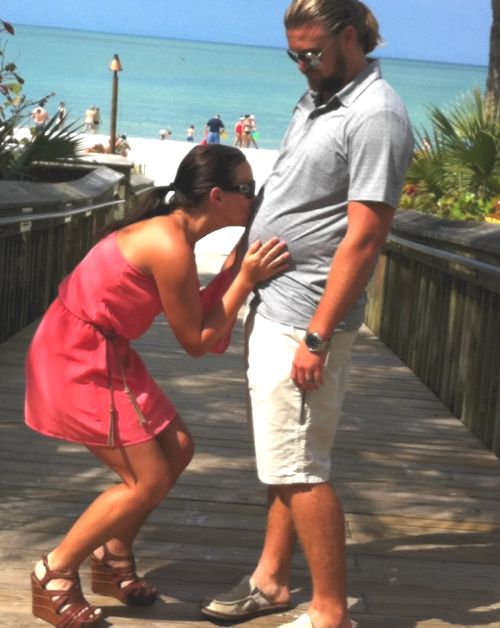