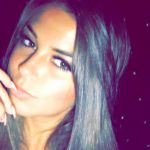 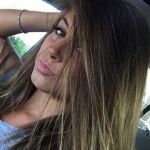 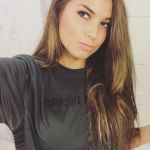 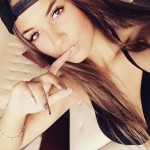 This trend of the mega-butt temptress shows no signs of slowing down thanks to professional direct-messengers like LeBron James. Jordan Poyer’s girlfriend Rachel Bush recently received a message from ‘Bronny, and it went a little something like this (are you ready?): “Hey what’s up!” Seriously, that’s your opening line, King? I mean, I guess you don’t necessarily have to stand out and be creative when you’re the King, but come on. We all know you’re a creative and sharp guy, Lebron. You could have at least thrown out a joke or something. Anyway, she DM-shamed him almost immediately after by posting a screenshot of his greeting. Man, it’s tough to be a married basketball superstar- you say hello to somebody and you’re immediately getting pasted up.

Jordan Poyer’s girlfriend Rachel is young, super-hot, and super curvy college student at Florida Atlantic University in Boca Raton, Florida. News flash: her Instagram model status wouldn’t change if she went to a community college or Harvard. Her main business right now is gaining followers on Instagram and Snapchat to be translated to advertising dollars later, and she’s doing a good job of amassing them. Right now she’s at 218,000 and moving ever-upward. Love it or hate it, that’s the game, folks. She posted a rather provocative picture of her kind of fake-going-down on Jordan Poyer on a boat recently. It was fairly expertly taken by someone else. The Miami Beach skyline and sunset was in the background. She also had been hanging out with Wiz Khalifa on boats. That probably also raised her profile.

Poyer seems like a cool guy, to be honest. He’s young and has some of the annoying tropes of early 20’s, monied athletes, but overall he seems to be a decent dude. The picture of her with Jordan on the boat is only a development from the last two weeks. Their relationship is pretty fresh. You’ve got to assume that Lebron’s DM creepage on Jordan Poyer’s girlfriend is tied in with fame. How many non-Browns diehards have ever heard of Jordan Poyer? Rachel Bush is clearly interested in getting well-known through her looks, and Lebron probably assumed she’s susceptible to massively famous come-ons from athletes. I wonder if Lebron’s wife is pissed about the whole thing. The bottom line is Jordan Poyer’s girlfriend Rachel Bush is an attractive woman who big-time athletes want to know. Hey what’s up! 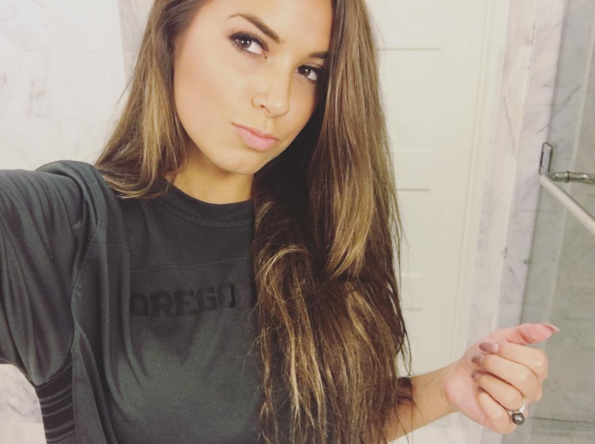