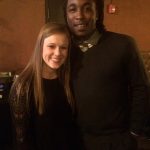 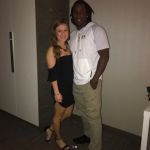 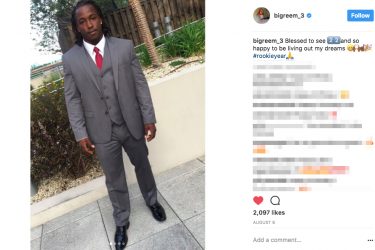 We came to your site to tell us the answer to that question.

The two met when they attended the University of Toledo. That school is in Ohio. Apparently she still lists herself as a resident of Waterville, Ohio. I should preface this and say Terez Owens broke this story with a single picture of Kareem and Julianne as the evidence. While we can’t definitively state whether they dated, I do question if they did, if they are still together. Not a single picture of them exists in either of their social media timelines. I can almost guarantee they met in college but not in high school. They both attended separate schools before college. Those high schools are over 140 miles away.

Now then, the evidence that Kareem Hunt’s girlfriend is Julianne is that she stood by his side on Draft Day. You can see, though, why I am skeptical when they date for years but never share a picture of each other on public social media. Maybe Julianne simply prefers to keep her pictures of them on her private social media. There is one picture of her that appears in his social media on May 1. They celebrated the birthday of his two best friends. He refers to his buddy in one of the pictures and to her. So apparently Julianne and his other friend share birthdays that are close.

In the picture I mention above, everyone appears fairly chummy. I don’t really get a heavy girlfriend vibe. However, Kareem Hunt’s girlfriend could still be Julianne because a lot of significant others refer to each other as best friends. On draft day,  he sat next to his mother and celebrated with her. I have seen no evidence that Julianne herself sat with him. Even if she did, she could still have just been there as a friend (like his other buddy whose birthday he celebrated). Regardless, Kareem and his lady are all smiles after the NFL opener where he broke a rushing record.

Man, players get themselves into trouble in the offseason, huh?  In June, 2018, it was Kareem’s turn to get his name in headlines for the wrong reason.   A woman called 911 to allege an assault at the hands of Kareem, which happened in February (though TMZ got it in June).  Despite the common trend, and popular narrative, this woman was not Kareem Hunt’s girlfriend, whether that be Julianne Orso or not.  From TMZ

Back in February, cops in Cleveland were called to Hunt’s residence by a 19-year-old woman who said the Pro Bowl RBroughed her up.

“I was assaulted and I need help.”

The operator asks the woman who assaulted her, and she responds … “I think his first name is Kareem.”

As for Hunt’s side … he VEHEMENTLY denied touching the woman, and his friends told cops she was actually the one to go crazy after he asked her to leave his place … with her screaming “F**k you, n*****!”

When cops got to the scene, they weren’t able to determine that anyone had been assaulted, so no arrests were made.

A video has been released of Kareem Hunt kicking a woman in a Cleveland hotel back in February. While it is clear that this woman is not Julianne Orso, it’s still damning regardless. This event occurred back in February, and police didn’t press charges. The Chiefs knew about the incident, though it can be assumed that didn’t know about this video. More as it breaks. 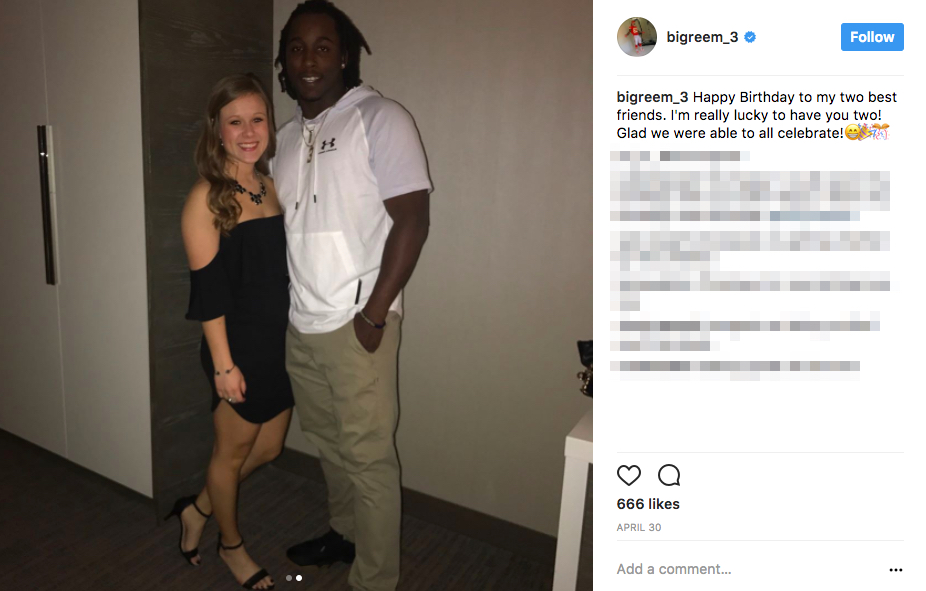