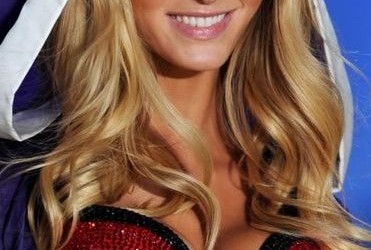 Let’s be honest here – Cleveland isn’t exactly top on the list for coaches who are looking for jobs. It really should come as no surprise that Chip Kelly and Brian Kelly are staying put instead of jumping over to a team that’s got Trent Richardson and not much else. That being said, someone eventually will like the prospects of coaching the Browns. Maybe Jordan Cameron’s girlfriend Erin Heatherton can help make a pitch for the team?

You may know Erin Heatherton as a Victoria’s Secret model. Or as Leo DiCaprio’s most recent ex. Either way, there’s no denying she’s gorgeous. She was first discovered in Miami and has since modeled for several designers before really settling in with Victoria’s Secret. She is a now a VS Angel, which we presume just means she gets to wear those ridiculous wings while strutting around in lingerie. To clarify, there’s no judgement in that statement, as we’re pretty sure she’d look good in literally anything she wore.

The amount of fame in this relationship is a little unbalanced, as we honestly had no idea who Jordan Cameron was. Gotta love being put on the map because of the girl on your arm. If I were Cameron, I’d blame my lack of notoriety on Brandon Weeden and count my blessings that someone like Heatherton agreed to the first date.

Cameron and Heatherton were recently seen together at a bar in New York City, sparking the rumors they were a couple. They reportedly were set up through mutual friends back in November. This was a quick bounce back for Heatherton, who had just gotten out of her relationship with DiCaprio in October. 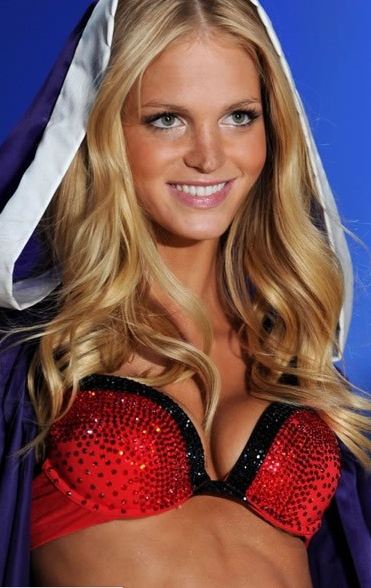