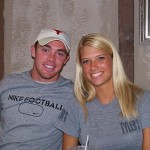 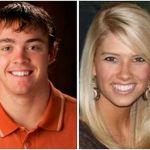 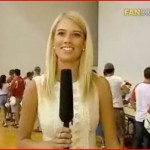 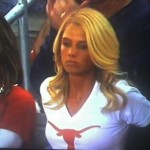 UPDATE: 06/07/2011: Well Mrs. McCoy may have pointed the NCAA investigators directly at Mack Brown and Texas.
On Tuesday, June 7, Rachel called in to ESPN Radio’s The Herd with host Colin Cowherd to discuss amongst other things, the benefits athlete’s are given behind the NCAA’s back, and the gifts boosters give to football players. Among some of the more interesting comments,

“At Texas you’re taught to take absolutely nothing, I don’t care if it’s a hot dog or soda.
But you’ve got guys, grown adult men with law degrees – educated men – what are they going to gain out of this? It’s to say, ‘Hey, I bought so and so dinner, hey I took so and so to do this’ … It’s grown men and their pride.
You cannot expect 19-20 year old kids to say no to free stuff when they’re in college … It’s hard, I think, for a lot of these guys to even know to say, ‘I can take this, I can’t take this, nobody’s going to know, will someone find out?’Things that could be handed to you that seem so minor – a dinner, a hunt, a fishing trip – most kids don’t even realize are illegal.”

Boy, leave it to a Baylor track star to potentially take down the mighty Texas. You can imagine there will be plenty more to come.

Rachel was a track athlete at Baylor University, competing in 400 m hurdles according to her bio page. Rachel has worked for and appeared on Austin, TX CBS affiliate covering local sports.

The two were engaged on January 12, 2010, when Colt brought Rachel onto the field after a game at Texas Memorial Stadium. As Rachel was led onto the field in front of Colt, she was greeted by a jumbotron message of “Will You Marry Me.” She turned around to find Colt on one knee waiting for her response.
The couple was married July 17, 2010. At the nuptials, Colt’s former teammate and roomate (and current Cincinnati Bengal) Jordan Shipley, serenaded the couple with a “When I Grow Up I Want To Be Just Like Colt McCoy.” 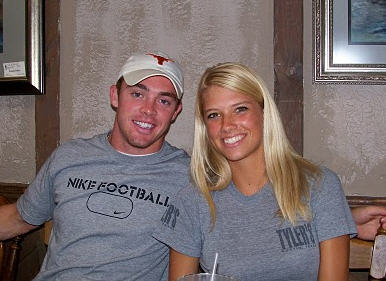