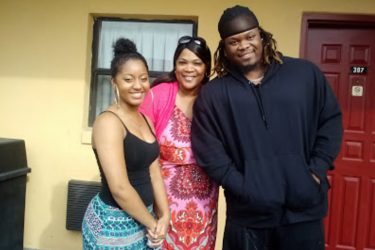 Christian Kirksey’s girlfriend Ashley showed up once in a woman’s cooking blog. She played almost no part in the story she told about Christian’s mother, Patrice. However, the picture the woman included in the post featured Ashley, Patrice, and Christian’s nephew Brandon. Ashley smiled and looked lovely in the photo. I’m somewhat confused because Brandon since is Patrice’s grandson, but Christian the son of Patrice and appears to be approximately the same age as Brandon. This must mean Christian’s sibling Felicia is substantially older than him? Anyway, it doesn’t matter that much for the sake of this post.

Christian does not mention Ashley on social media except on one occasion. As far as we know, they may not be a couple any more. He obviously prefers to keep his private life totally private. Christian Kirksey’s girlfriend is last mentioned in May of 2016. He gave her a “shout out” but did not include a picture or a name. The blog post from the recipe lady is from two years ago. So this is a bit of a mystery. With the limited information we have, we will hypothesize Christian is still with Ashley. However, the internet forums aren’t too nice about Christian. We regard their statements as hearsay.

The story the recipe lady posted on her blog revolves around Christian’s recruitment visit to college with fourteen family members. It’s a good idea to have a support group around you. Fourteen seems excessive, but there’s strength in numbers, I suppose. Unfortunately, Christian’s father died of a heart attack the same day he reported to training camp for college football. That’s a tough blow to the family. As for Christian Kirksey’s girlfriend, we can only assume she was supportive of the big guy. Christian no longer keeps anything but a Twitter account, so the only picture of Ashley is right here. 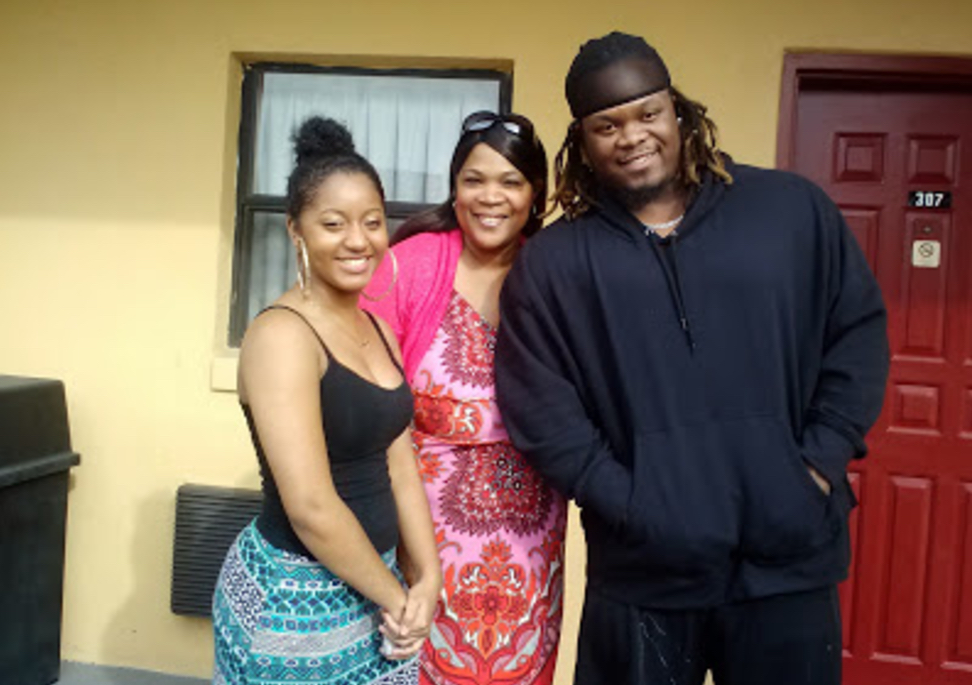