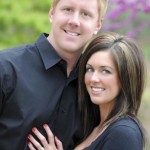 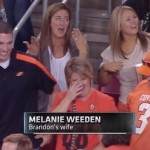 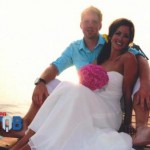 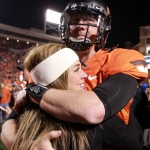 There have been times on this site that we find ourselves somewhat surprised to discover a young, raised profile college QB with a high draft stock is already married. There are various reasons why it happens: they have a child together, they want to get married to avoid the pressures of women on the road, or their faith compels them to get married before they get down, Or in the case of Brandon Weeden, it’s because you’re not such a young college QB anymore, and your 20’s are almost over already.

Brandon Weeden came to Oklahoma State after a failed professional baseball career, and has now set himself up as a likely 2nd round pick. Brandon and Melanie were together in 2007 when he walked away from baseball after five seasons in the minors with the seemingly crazy plan of embarking on a new sport to try his hand at football… back in college. While Melanie wasn’t exactly thrilled with the idea, she stood by him and supported him after some initial disbelief. She described her initial reaction to the news in an interview with AZCentral.com:

“I didn’t think he was being serious. He’s been home less than a week, not time to even digest baseball was over. I thought he’d lost his mind. I guess I need to learn to trust him.”

Trust him she did, as the two were married July 27, 2009 Isla Mujeres, Mexico. Though they currently live near campus in Stillwater, OK, they they’ll probably want to call the moving trucks after day 2 of the draft. 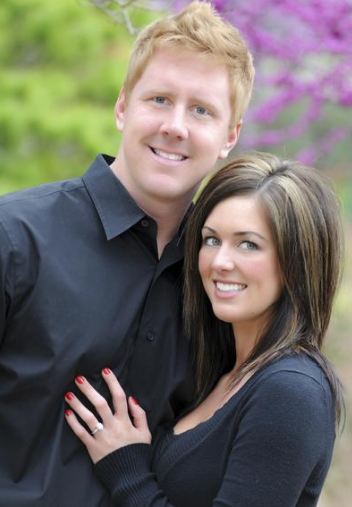